A long-awaited decision in a judicial review filed by three sanctioned Rocky View County (RVC) councilors has been handed down by Court of Queen’s Bench of Alberta judge. Justice James Eamon delivered his decision July 15.
Jul 27, 2020 7:00 AM By: Ben Sherick 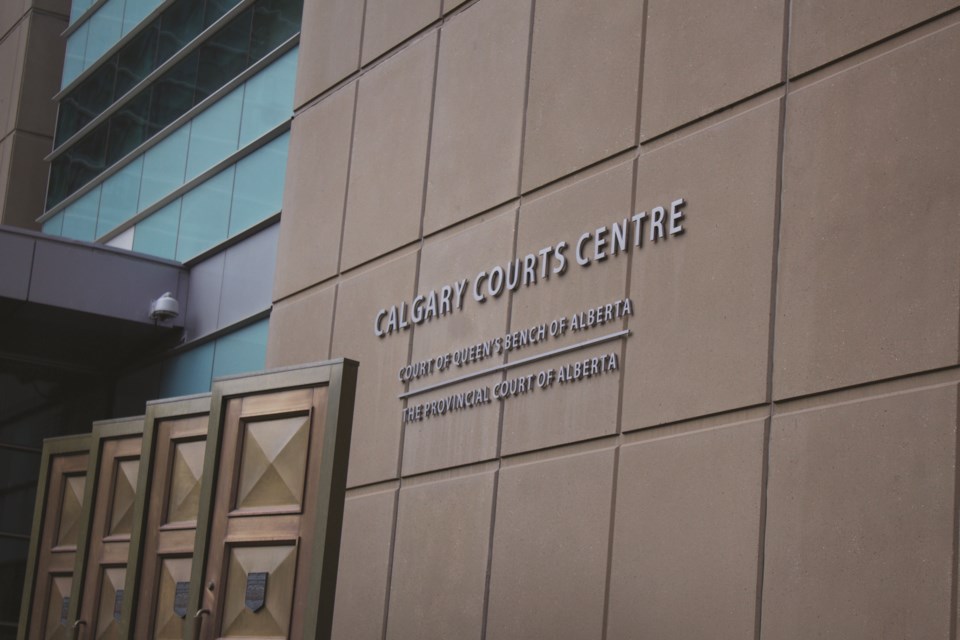 Sanctions imposed on Rocky View County (RVC) Couns. Crystal Kissel, Samanntha Wright and Kevin Hanson have been set aside by the Court of Queen’s Bench of Alberta.

Justice James Eamon delivered a long-awaited decision in the judicial review July 15. In the 47-page decision, Eamon found that sanctions followed “a rational path” corresponding to breaches of RVC’s Code of Conduct Bylaw before striking them down "for failure to adequately address [a] reasonable apprehension of bias allegation."

"If I had not set aside on the apprehension of bias issue, I would have set aside the sanctions other than [a] representation and travel sanction and related apology sanction against Kissel for participating in the letter to the editor,” Eamon added.

According to the decision, the three sanctioned councillors challenged two actions – communication restrictions imposed by Chief Administrative Officer (CAO) Al Hoggan on May 8, 2019, and a series of sanctions approved by a majority of council June 11, 2019.

A month later, the majority of council approved several sanctions in response to what it viewed as breaches of its Code of Conduct. Based on an investigation by law firm Reynolds Mirth Richards & Farmer LLP (RMRF), council found that the applicants had breached confidentiality by providing a privileged legal opinion to a third-party lawyer, and subsequently wrote a letter to the editor of the Rocky View Weekly that used discourteous and disrespectful language. Further, Kissel breached the code of conduct by characterizing Hoggan’s behaviour as “infantile” in a voicemail to Deputy Reeve Al Schule.

The sanctions required the three councillors to publicly apologize, restricted their ability to travel on behalf of and represent RVC, removed them from all council committees and bodies, decreased their remuneration by 30 per cent and limited their contact with County staff. According to Eamon’s decision, the travel sanctions expired June 11, the committee and remuneration sanctions were set to expire at an organizational meeting scheduled in October “or at council’s discretion,” and the staff communication sanction did not have a corresponding timeline.

Since the beginning, the three councillors argued the sanctions were an attempt to silence their often-dissenting opinions and prohibited them from carrying out their duties as elected officials under the Municipal Government Act (MGA).

Kissel, Wright and Hanson filed their appeal Aug. 8, 2019. Oral submissions in the review were made Jan. 22, with supplemental written submissions sent in February and an additional oral hearing June 9. Eamon originally intended to reach a decision by February or March, before COVID-19 brought the courts to a halt.

During the January hearing, lawyer Michael Nivens argued the sanctions should be struck down because the three councillors' procedural rights were violated, the sanctions were passed in bad faith and they were patently unreasonable because they went too far.

On the first point, Nivens argued the County’s use of RMRF as investigator in the matter raised the apprehension of bias because the firm had previously worked for RVC and for Kneehill County while Hoggan was employed as CAO there.

Eamon noted the extent of the professional relationship was not made clear. While he declined to find reasonable apprehension of bias, he found the three councillors were still treated unfairly because there was not sufficient disclosure from RMRF to “ascertain whether an informed person, reviewing the matter realistically and practically, would have a reasonable apprehension of bias."

On the other matters, Eamon wrote the evidence provided did not prove bad faith and he was not convinced the sanctions “were designed to retaliate against the applicants or politically silence them.” However, he did conclude the sanctions were “overwhelming.”

“Council imposed the permanent staff communication sanction on Wright and Hanson in addition to the representation and travel sanction for the letter to the editor,” he continued. “Not only was this sanction irrational because it had no connection with the misconduct, it is also grossly disproportionate to the misconduct particularly when considered together with the representation and travel sanction. The piling on of these sanctions for a single letter to the editor constituting incivility indicates that council went beyond imposing measured sanctions to restore public confidence in the institution and to deter the applicants and others from committing similar misconduct in the future.”

Eamon said he was not persuaded by argument from the County that the matter was moot. While some of the sanctions expired prior to his decision, the committee sanction – and, by extension, the remuneration sanction – gave council “discretion to change the terms of the sanction.”

Further, some of the sanctions impacted the three councillors' “reputations as elected officials,” Eamon wrote.

“The public would likely think that the severity of the sanctions reflects grave misconduct and unwillingness of the target to comply with their obligations in the future,” he wrote.

In the decision, Eamon ruled Hoggan’s communication restrictions could stand. While “the CAO’s decisions concerning the manner in which specific councillors can obtain information can affect a councillors ability to efficiently perform their duties,” he concluded, “it is neither necessary nor desirable for the court to generally assume the direct role of supervising the CAO in the present matter.” Further, he found there was “no cogent evidence” that the residents in Hanson, Kissel and Wright’s divisions had been “materially prejudiced” by Hoggan’s restrictions.

“[Wright, Kissel and Hanson] can still obtain information from the CAO,” he wrote.

Following the decision, Hanson – speaking on behalf of himself and the other two councillors – said the decision was the “end of a long journey” and the trio felt “vindicated.”

“I would hope for the sake of the taxpayers that, you know, the fiscally responsible thing to do is accept this well thought through judgment,” he said.

Reeve Greg Boehlke disagreed, saying any feelings of vindication didn’t take into account the entirety of Eamon’s decision. He felt Eamon “condoned” the sanctions, and he viewed the preservation of Hoggan’s communication restrictions in particular as a “win.”

“[Eamon] said [the sanctions] were justified and reasonable, and then he set them aside,” Boehlke said. “He made some statements in there that were very clear that there were breaches [of the code of conduct].”

Boehlke did not indicate whether council would appeal the decision, but, speaking individually as a councillor, said he hoped it would not be pursued.

Both councillors expressed a desire to put the matter behind council.

“I think the best way to go about this is…we start at square one and we move ahead,” Boehlke said. “Frankly, it’s dependent on the behaviour of every councillor how things go forward, not just the three.”

He added, however, that as council neared the end of its term, a more likely path forward would come as a result of voters casting ballots in the 2021 municipal election.

“We always wanted mediation all throughout the journey – we brought it up a number of times and it was refused,” he said.