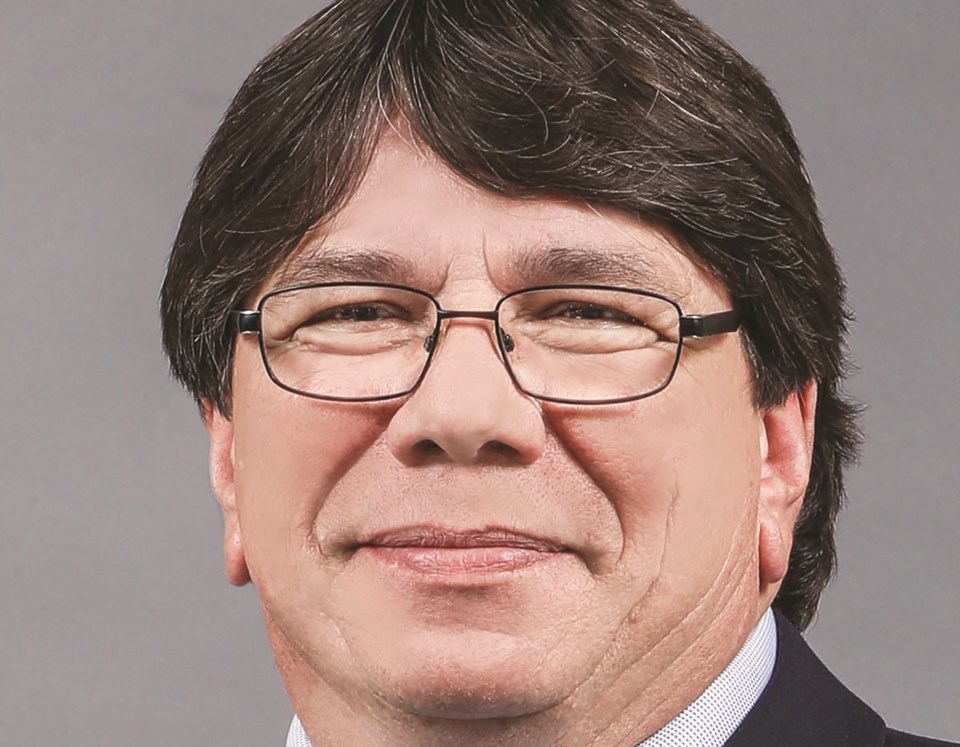 Coun. Jerry Gautreau has been sanctioned by council for two breaches to its code of conduct, and is required to make a public apology on Jan. 28. File Photo/Rocky View Weekly

Coun. Jerry Gautreau is the fourth member of Rocky View County (RVC) council to face sanctions following breaches of its code of conduct.

Following a confidential in-camera discussion during a regular meeting Jan. 14, council voted 8-1 in favour of sanctioning Gautreau, who was the sole opposing vote.

“As I’ve said before, the Code of Conduct works for every councillor, not just for some,” Reeve Greg Boehlke said. “I had a complaint against me on the Code of Conduct, and fortunately, I was found to have been acting within the rules and so I didn’t face any sanctions, but if I had been found the other way, they certainly should sanction me.”

Ballantyne’s complaints were two-fold, according to the letter. The first complaint centred on his participation in actions for which his colleagues Couns. Kevin Hanson, Crystal Kissel and Samanntha Wright were sanctioned June 11, 2019. Ballantyne outlined how Gautreau joined the three in voting to table a decision to hire CAO Al Hoggan in December 2018, signing a Jan. 8, 2019 letter to the editor of the Rocky View Weekly and hiring and seeking advice from an independent lawyer, which resulted in the unauthorized sharing of a confidential law opinion.

“If anyone is to be sanctioned for this activity, then all participants must be sanctioned equally,” Ballantyne wrote. “As a result, to the extent that you have found Hanson, Kissel and Wright guilty of violating…[the] Council code of Conduct, you must find Gautreau equally guilty.”

The second complaint dealt with “disrespectful language” Gautreau used in Facebook posts between Oct. 16 and 20, 2019.

“In those comments, he accused RVC residents of telling lies, of not looking past their noses and of spreading lies, mistruths and half-truths,” Ballantyne wrote. “He also stated that these residents should do their homework before making comments. He then taunted residents to ‘file a formal complaint.’”

Ballantyne called the comments “derogatory,” lacking “courtesy and respect,” and “unquestionably abusive and insulting.” According to her, the comments demonstrated “a lack of respect for differences of opinion” and were seen by some residents as intimidating. The action also violated the clear direction of the code of conduct discouraging debate on social media.

The sanctions imposed on Coun. Gautreau required him to simply make a public apology for the two breaches. While some might view a double standard in the sanctions, Boehlke said, Gautreau has very clearly removed himself from participating in the continued actions of the other sanctioned councillors, and has expressed a willingness to apologize for the breaches rather than fight the sanctions.

“I’m tremendously proud of RVC and the work our council is doing,” Gautreau said via a statement emailed to the Rocky View Weekly. “I’m also proud to serve our community, and it is very frustrating for me to see some of the things people say on social media. Unfortunately, I let my frustration get the better of me, and I responded to some of these posts in a scornful manner.

“As a councillor, I am held to a higher standard, and I should not have let myself be dragged into an online debate. I will apologize to the residents involved for my postings, and to my fellow councillors Jan. 28. I’m treating this as a learning moment about the reality of social media.”

Gautreau declined to comment on the other complaint pending the outcome of a Court of Queen’s Bench case on the matter, adding he planned to address the subject Jan. 28 following a Jan. 22 hearing on the matter.