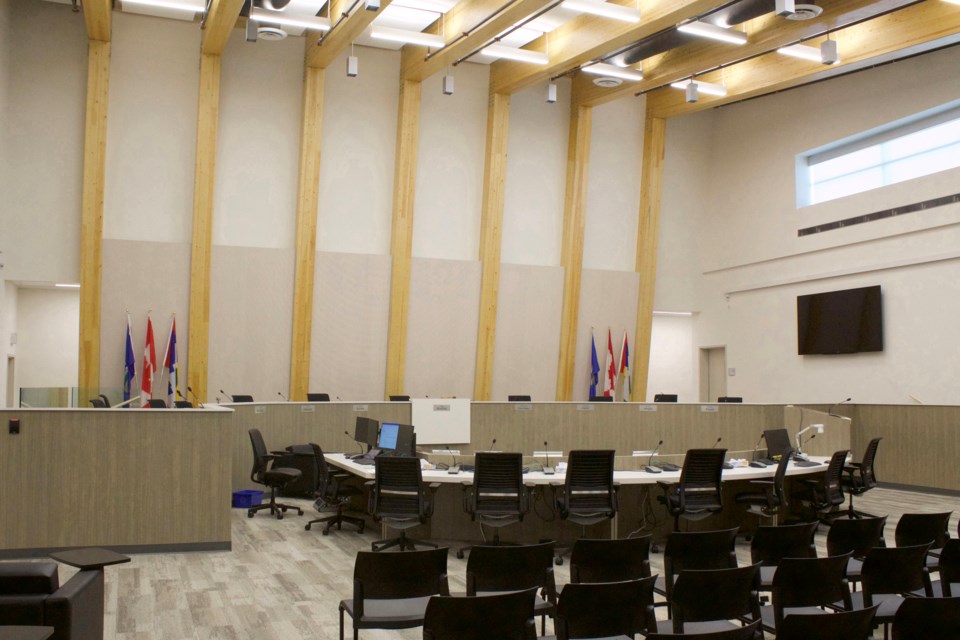 During a regular meeting Sept. 24, Kissel moved that she, along with Couns. Kevin Hanson and Samanntha Wright, be allowed to attend the fall Rural Municipalities of Alberta Convention Nov. 12 to 15, with their travel expenses covered.

Reeve Greg Boehlke commented he didn’t see the necessity of the motion, sparking a back-and-forth on the parameters of the sanctions. In response, Chief Administrative Officer Al Hoggan advised the imposed travel sanctions require the sanctioned councillors to request council’s approval to go.

According to Boehlke, the sanctioned councillors claimed they were unable to attend various events due to the imposed restrictions, but he clarified that “there’s nothing in the sanctions to stop you from doing your duty as a councillor.”

“I hope the paper prints that, because these rumours that are going around are nuts,” he said. “To say that you can’t do that because you’re sanctioned – I understand needing sympathy, but this is ridiculous.”

Deputy Reeve Al Schule commented that he didn’t think approval was needed for the three councillors to attend the convention, only for their mileage to be approved. After he requested verification, the municipal clerk read the specific sanction from council’s June 11 minutes.

According to those minutes, Schule’s own motion required that “authorization must be received…through a council resolution” for any “representation or travel” requested by either of the three impacted councillors, expiring June 11, 2020.

“Representation and travel are not synonymous terms,” Wright said. “[The sanctions] mean we have to ask you for permission. The fact that you guys continuously do not understand these sanctions – I hope the newspaper prints that.”

Kissel requested council return to the motion on the table, “and see how everybody feels about that, because that’s all I really wanted to ask.” In an unrecorded vote, council voted 5-4 to grant the motion, with Couns. Mark Kamachi and Daniel Henn voting alongside Hanson, Kissel and Wright.

With a pending court battle related to the sanctions, Boehlke said he voted against the motion because the actions of the three councillors have not demonstrated a willingness to work with the rest of council, and therefore, he didn't think they should represent the County.

Schule then apologized for any confusion his comment may have caused.

“I don’t want to be painting the whole council as not understanding,” he said. “If I didn’t understand the one portion, I do apologize.”