Local Closures & Cancellations due to COVID-19 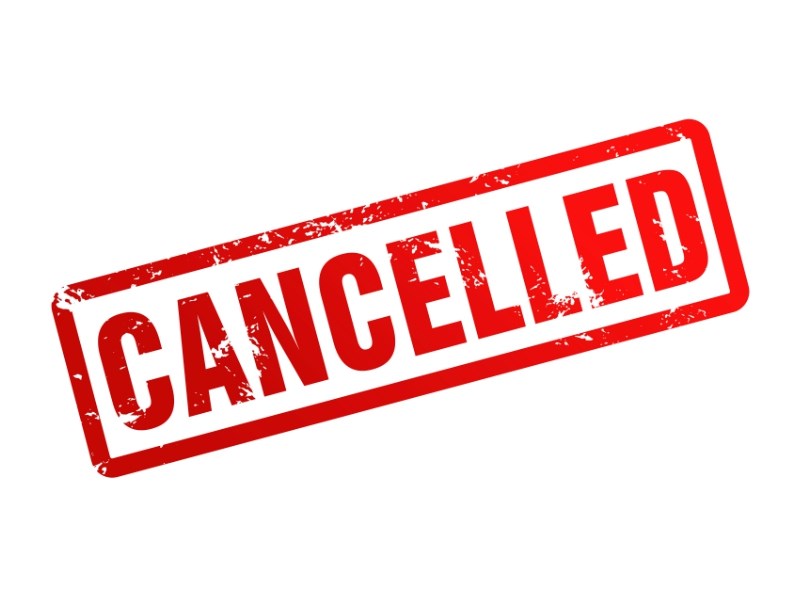 The following is a running list of events, businesses and organizations that have announced cancellations, closures or postponements due to COVID-19. If you would like your notice added to this list, please contact news@airdrie.greatwest.com. For information about the precautions you should take, see Alberta Health Services.

A gathering is any event or assembling that brings people together in person, in a single room or single space, indoors or outdoors, at the same time. At this time, it does not include operations in certain workplaces and businesses not specifically defined by the chief medical officer of health.

No gatherings with more than 15 people are allowed, including:

Cancel gatherings with fewer than 15 people if the event:

Wellness studios and clinics include:

Albertans are prohibited from attending all public recreation facilities and private entertainment facilities, including:

The following facilities have been closed to public access:

New schedules are listed as:

Rocky View County has closed playgrounds within the County. This decision applies to areas maintained by both the County and other community organizations, including:

Alberta Premier Jason Kenney announced March 15 all kindergarten to Grade 12 (K-12) classes are cancelled as a measure to slow the spread of COVID-19.

The move to online learning was announced March 20.

"Approved day homes are exempt because they care for fewer than seven children at a time. These programs are encouraged to use enhanced sanitation practices," the provincial release said.

Announced March 15, the province removed the exemption to mass gathering restrictions for places of worship.

Several local places of worship in Airdrie and Rocky View County have adapted to online services.

Though not banned, the province recommended only essential visits to any continuing care or long-term care facility in Alberta. The March 15 release from the Alberta government stated individuals more than 60 years of age and those with pre-existing health conditions are most at risk of severe symptoms from COVID-19.

"Families and friends of those in these facilities are asked to think of other ways besides visiting that they can support and encourage their loved ones through this difficult time," the release stated.

Cochrane athlete supports Olympics postponement
Mar 29, 2020 7:00 AM
Comments
We welcome your feedback and encourage you to share your thoughts on this story. We ask that you be respectful of others and their points of view, refrain from personal attacks and stay on topic. To learn about our commenting policies and how we moderate, please read our Community Guidelines.