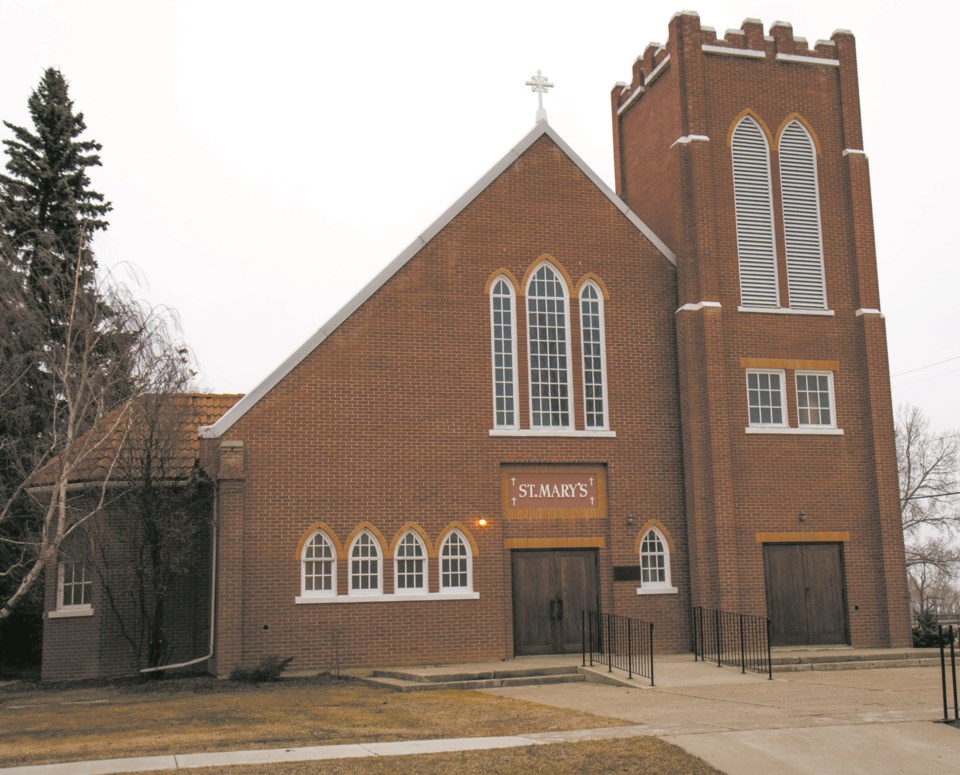 St. Mary's Catholic Church in Beiseker, along with all religious assemblies in Rocky View County, will temporarily cancel services in accordance with provincial regulations to limit the spread of the novel coronavirus. File Photo/Rocky View Weekly

In Rocky View County (RVC), churches of various sizes are taking different approaches to spiritually edify their members while a state of emergency restricts their ability to meet.

Places of worship were initially exempt from bans on large gatherings, but on March 15 ­– a Sunday – Alberta’s chief medical officer Deena Hinshaw said they would be required to adhere to the same rules as other gatherings and limited to 250 people in order to limit the spread of the novel coronavirus.

Then, Premier Jason Kenney declared a public state of emergency March 17, enacting a ban on any organized gathering of more than 50 people.

Churches around RVC recorded a drop in attendance even before the restrictions were put in place. Dave Wiebe, lead pastor of Crossfield Baptist Church (CBC), said his church normally averages 218 on a Sunday, but attendance March 15 was about half that. While its regular service was held, Wiebe said he sent out a notice advising congregants to be mindful of others who were at high risk and to stay home if they weren’t feeling well.

Reverend Ruth McArthur, who heads Irricana United Church, said her congregation of between 15 and 25 people dwindled to six as many chose to self-isolate.

Meanwhile, RockPointe Church – a multi-site church with locations in Bearspaw and Calgary and an average attendance of approximately 1,400 – chose to cancel its Sunday service. According to lead pastor Matt Boda, the church has incorporated recorded and live video sermons for quite some time, making it relatively easy to cancel services and pivot to video-only in response to the pandemic.

“Even though there was an out for religious communities, we said, ‘This is going somewhere, let’s just do it this weekend because for us, it’s so easy,’” he said.

The church put together a service with 19 people on March 14, which was then distributed electronically to the church community.

CBC also live-streamed its March 15 service, which Wiebe said resulted in more than 400 people tuning in, without the church promoting the stream.

Now that additional restrictions are in place, local churches are approaching the COVID-19 situation in a variety of ways. McArthur said Irricana United Church has cancelled services for two weekends and currently plans to resume on Palm Sunday, April 5.

“We’ll work as the weeks go on to determine if even that is feasible,” she said.

Boda said RockPointe Church will continue to record service for its members for an indefinite period. Meanwhile, many of the church’s ministries – groups for women, men and youth – have been able to meet digitally to foster a sense of community.

Wiebe said he plans to pre-record sermons each week, so attendees at CBC can hold a church service in their homes.

According to its website, the Roman Catholic Diocese of Calgary, which encompasses Airdrie, Cochrane, Chestermere and Rocky View County, has cancelled all masses until April 5. In the meantime, daily mass will be live-streamed online from St. Peter’s Catholic Church in Calgary, and an online Sunday mass is also scheduled for March 22.

Although religious gatherings are suspended, local faith leaders are still trying to encourage and uplift both their congregants and their communities in the midst of uncertain times.

According to a press release from the City of Chestermere, religious leaders from the Hindu, Muslim, Christian and Siksika traditions gathered to pray for the City’s emergency command centre. The City will also extend the use of its live streaming capabilities to the faith leaders to encourage their members.

“My primary role as a pastor is to try to help people get comfort from God,” Wiebe said. “Little children in the dark, when they’re having a nightmare, we need our father and our mother. If they’re there, everything else is better.

“I think, as bad as bad things can be, God is always working for good as well. [We’re] encouraging our church family to love our neighbours in ways we may not have thought of doing before.”

Boda and Ron Gray, pastor of RockPointe’s Bowridge site, are encouraging their members to spend time engaged in personal spiritual practices like prayer and Bible study. Gray said COVID-19 also offers an opportunity for their church to “be the hands and feet of Jesus in the world around us” by helping people in their neighbourhoods in any way possible, while still following measures to limit the spread of the virus.

McArthur plans to send out an email newsletter containing an inspirational message, scripture passages, updates from the church, and the words of another famous minister – Fred Rogers.