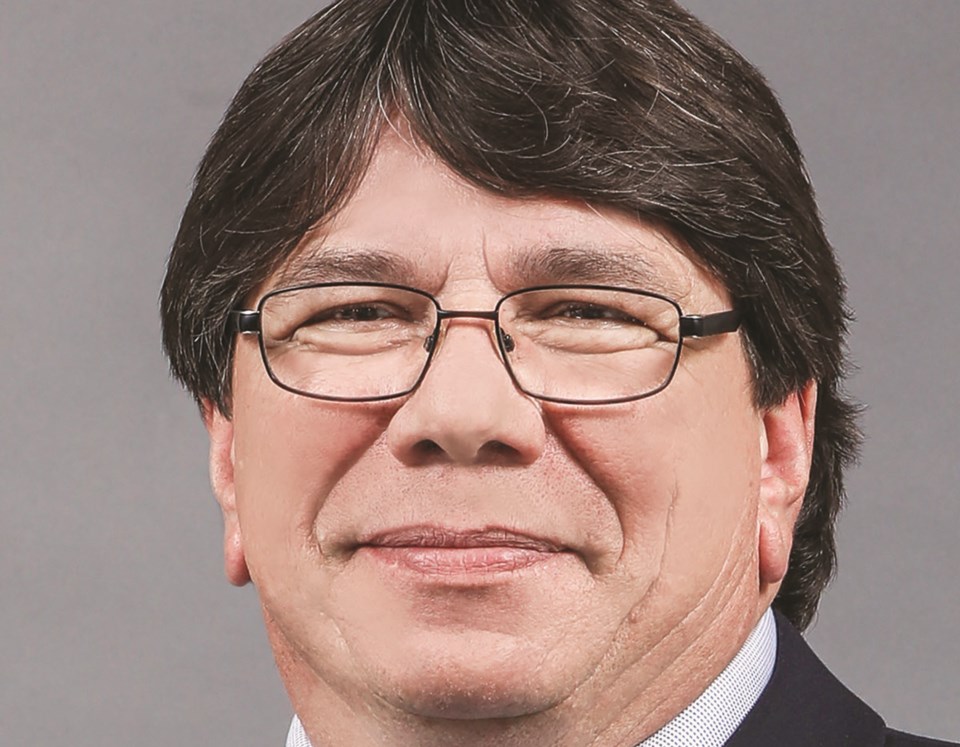 “To CAO [Al] Hoggan, RVC staff, Reeve [Greg] Boehlke and my fellow councillors, members of the public. I have been asked to make a couple of apologies today,” he said. “It is never fun to say you’re sorry; in fact, it is very humbling. But sometimes, it’s something we all can and should do to move forward.”

Gautreau was sanctioned by his colleagues Jan. 14 for two breaches of the code of conduct – for participating in actions for which Couns. Kevin Hanson, Crystal Kissel and Samanntha Wright were also sanctioned, and for using disrespectful language in October 2019 Facebook posts.

In his apology, Gautreau shared his perspective on the situation, saying, “I allowed my frustrations over what I then viewed to be a flawed hiring process of our CAO to get the best of me.” This, he said, led him to work with Wright, Kissel and Hanson, at which point a confidential legal opinion was shared with an outside lawyer.

“I want to be very clear, I did not authorize Hanson to send that information to the lawyer, but I had been working with them to that point, and so I am responsible in some way, too,” he said. “For that, I say I’m sorry. I want to make a clear and heartfelt apology to all of you.”

Gautreau emphasized he refused to take part in an April 30, 2019 notice of motion, which he viewed as a second leak of confidential information.

While Kissel disputed this, Hanson confirmed he shouldered most of the work of crafting that motion, and did share “benign” parts – but not the entirety – of the document with a member of RVC staff.

Gautreau also expressed regret for getting involved with the other three councillors.

“While I thought we had a mutual concern over process, it soon became clear by their actions that this was all personal to them and, soon, I distanced myself from them,” he said.

Gautreau said he privately apologized to Hoggan, Boehlke and council in January 2019. While Kissel said his apology to council “never happened” and Hanson and Boehlke said they did not recall it, Deputy Reeve Al Schule said he did remember Gautreau apologizing. Schule said he was also present for Gautreau’s apology to Hoggan, during a drive to Edmonton, although he could not recall the occasion of the trip.

In his public apology, Gautreau added council has offered the other three councillors the option to apologize, but they refused.

“I moved on; they, apparently, could not,” he said.

The persistent message from council, reiterated by Boehlke in a Feb. 5 interview, has been if the councillors were to apologize for the breaches, the sanctions will be lifted. However, both Kissel and Hanson said they were skeptical of this.

On the second breach, Gautreau’s apology echoed statements emailed to Rocky View Weekly Jan. 15. Gautreau said he was “tremendously proud” of the work RVC and council was doing and was frustrated by comments he saw online.

“Unfortunately, I let my emotions get the best of me, and I responded to some of these posts in a manner I should not have,” he said. “As a councillor, I am held to a higher standard, and I should not have let myself be pulled into an online debate. To the residents involved in my social media postings, I am sorry.”

The moment was not without contention. As Gautreau gave his perspective on the sharing of the confidential legal opinion, Wright raised a point of order and pointed out he was discussing matters that were before the Court of Queen’s Bench of Alberta.

“I have to rule with Gautreau on this,” Boehlke said. “He can discuss whatever he feels comfortable with.”