RVC council does away with GPC 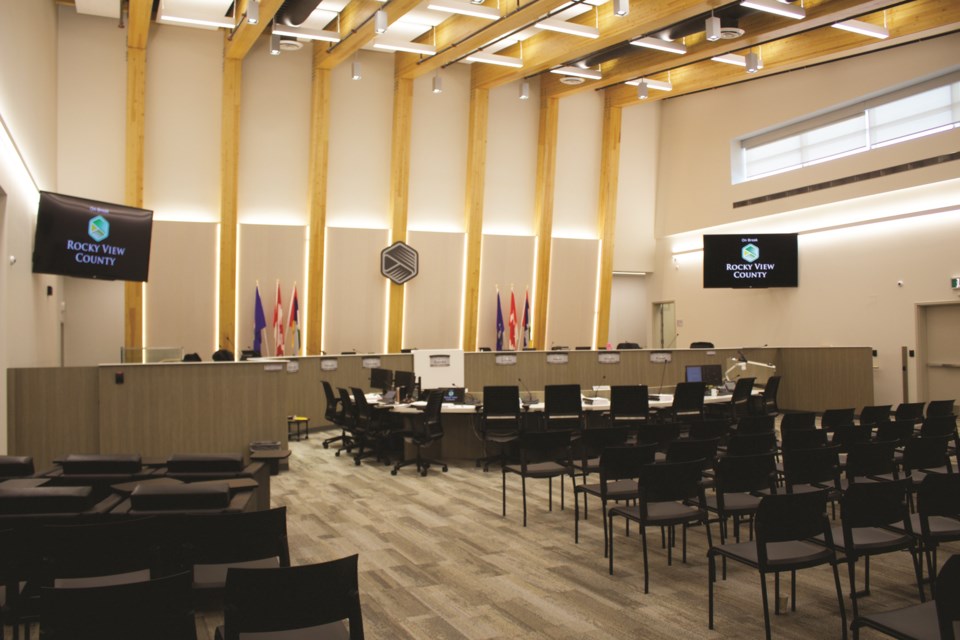 Rocky View County’s (RVC) Governance and Priorities Committee is no more, after council voted to rescind the committee’s Terms of Reference (TOR) during a regular meeting Feb. 25.

“I’ve just found at the last few GPC meetings, there has only been one item, a lot of them have been cancelled, and then anything that is at GPC comes back to council, which I just find is kind of a duplication of work for both staff and everybody,” said Deputy Reeve Al Schule.

GPC was established in 2019, replacing the former Policy and Priorities Committee. Executive director of Corporate Services Kent Robinson said the original intent of the committee was to provide “an opportunity or a venue to deal with items that weren’t necessarily council-worthy.”

The TOR for the committee – approved at a council meeting Jan. 8, 2019 ­– listed several functions for the committee, including approving council policies and governance-related bylaws for recommendation to council; hearing public and stakeholder presentations; and receiving updates from administration on projects and initiatives. According to Deputy Municipal Clerk Tyler Andreasen, the committee ensured “RVC fulfilled its governance responsibilities and established priorities.”

Following the sanctioning of Wright, Kissel and Hanson, council amended the committee’s TOR June 25, 2019 to resume the policy-making authority that had previously been designated to GPC. The sanctions removed the councillors from that body, but under the Municipal Government Act, sanctions cannot interfere with a councillor’s legislated duties, which include making policy decisions.

In order to allow community groups and other organizations an opportunity to come before council, Andreasen said presentations that would have happened at GPC will now be scheduled during council meetings, with the Procedure Bylaw amended to outline the process.

With GPC abolished, CAO Al Hoggan said consideration could be given to a third council meeting each month to address the number of items on the agenda for each council meeting.

According to Andreasen, GPC – which is comprised of all councillors, except Couns. Kevin Hanson, Samanntha Wright and Crystal Kissel, who are currently under sanction – passed a resolution recommending council rescind the committee’s TOR. The resolution was added as an emergent item at the committee’s Feb. 4 meeting, and approved unanimously by five members – Chair Jerry Gautreau, Vice-Chair Kim McKylor and Couns. Schule, Daniel Henn and Mark Kamachi.

“We hear these [presentations] here, and then we kind of hear the same presentations back at council, if there’s a council action,” McKylor said at the time.

Kissel, Hanson and Wright were not supportive of rescinding the TOR.

Council did not specifically clarify how this concern would be addressed, and Reeve Greg Boehlke did not respond to multiple requests for comment.

Initially, Kissel made a motion to instead schedule GPC meetings on the same day as the Municipal Planning Commission, which she suggested would “streamline it and create less work for administration.”

Hoggan said council could potentially accommodate GPC on the same day as MPC, although “there’s still some learning curve as to exactly how busy MPC is going to be.”

Kissel’s motion failed 5-3, with only Wright and Hanson lending her their support. Gautreau was absent from the meeting.

Council voted 5-3 to rescind the TOR and schedule all future presentations during council meetings, then voted unanimously to direct administration to prepare amendments to the Procedure Bylaw.