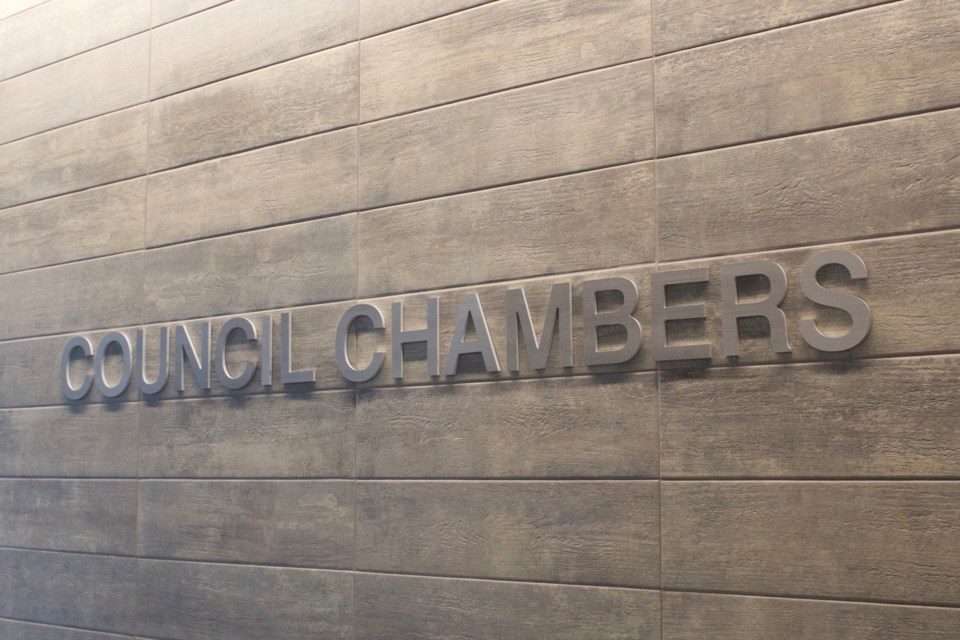 “We had to make sure their mandated duties were looked after,” Reeve Greg Boehlke said. “In order to guarantee that, we had to move the policy decision making away from GPC and back to council, so they could still take part.”

The change was accomplished through an amendment to the Terms of Reference (TOR) for council’s Governance and Priorities Committee (GPC), which was carried 6-3.

“The proposed amendment would allow the sanctioned councillors to continue to fulfill their legislated duties under the MGA,” said Tyler Andreasen with RVC’s Municipal Clerk’s Office.

Couns. Kevin Hanson, Samanntha Wright and Crystal Kissel were censured and sanctioned June 11 for breaches of council’s Code of Conduct, removing them from all County boards and committees – including GPC. Under the province’s Code of Conduct for Elected Officials Regulation and RVC’s Council Code of Conduct Bylaw, sanctions are not permitted to interfere with a councillor’s ability to fulfill their legislated duties under the Municipal Government Act (MGA).

According to Reeve Greg Boehlke, after the sanctions were imposed, council realized they would interfere with the councillors’ duties related to policy-making.

The MGA states, councillors have a duty to participate in the development and evaluation of polices for the municipality, Andreasen said; however, RVC council had chosen to delegate its policy-making authority to the GPC – Grant Kaiser, executive director of Community and Business, noted that policy approving authority was granted to the old Policy and Priorities Committee (PPC) in July 2015, and then transferred to GPC when it replaced PPC this January.

“Therefore, an amendment is required to the GPC TOR to move its policy-making authority from GPC back to council, to allow the sanctioned councillors to continue to fulfill their legislated duties under the MGA,” Andreasen said.

“I’m greatly disappointed in this council for continued restrictions they’re imposing on three councillors who are simply trying to represent the residents of RVC and perform our duties in the meantime,” Wright said.

Kissel noted GPC frequently hears technical and financial information that is later used by council in its decision-making process, and questioned how the three sanctioned councillors would now be privy to that information.

Andreasen said the GPC agendas are accessible online, and Reeve Greg Boehlke added the sanctioned councillors “would be welcome to sit in the audience and participate in the meeting if they have questions that the public would ask.”

Following a vote on the amendment, Wright made a motion arising to invite Kaycee Madu, the Minister of Municipal Affairs, to conduct a ministerial inspection into the management, administration and operations of RVC. No discussion ensued and the motion failed, with only Wright, Hanson and Kissel voting in favour.