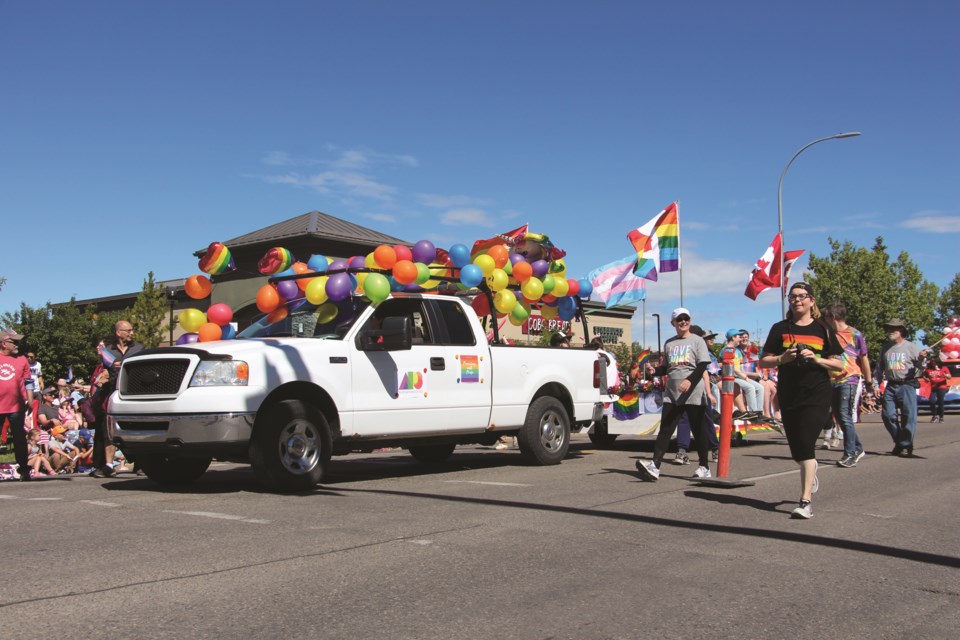 Airdrie's first Pride Festival will take place this summer and, according to Airdrie Pride Society president Kiersten Mohr, the inaugural event is intended to increase awareness of Airdrie’s LGBTQ2+ community – which she said has been largely ignored – to both members of that community and to the city at large.

The June 22 festival's theme is Putting Down Roots, which Mohr said signifies that local LGBTQ2+ people often have to travel to Calgary to find support – something she said needs to change.

“We don’t want people to have to leave the community to find their community,” Mohr said. “We want to show our youth and anyone else in the city that Airdrie’s a safe place for them, and that it’s a place they can call home and be comfortable with exactly the people they are.”

Airdrie Pride Society was established in 2014, and Mohr said its first priority was setting up supportive programs for LGBTQ2+ people, especially youth.

“Once we had all that up and running, then our focus changed to putting on this festival to try and bring some awareness and bring that sense of community to Airdrie,” she said.

According to Mohr, the centrepiece of the festival will be a solidarity walk from City Hall to Nose Creek Park in the morning.

“A solidarity walk is an opportunity for members of our community, and people in the community, to come out and show their support to the LGBTQ2+ community,” Mohr said.

The walk will focus on showing individual solidarity, and Mohr said the pride society is hoping for everyone to walk on equal footing with “no second agendas” – participants will not be allowed to wear uniforms, drive floats, sport corporate banners or logos, or participate as business groups.

“We really want that to be a statement that there is support and there’s a place for everybody in the community,” she said.

Following the solidarity walk, the group will raise the pride flag at Nose Creek Park before the festival continues throughout the park for the rest of the day.

“We’re lining up food trucks, we’re lining up entertainment,” Mohr said. “It’s really meant to be an afternoon of fun and support.”

Since the festival was announced, Mohr said, it has been embraced locally. A critical component of pulling off the event is securing volunteers and sponsors, and in the days following the announcement, Airdrie Pride Society had secured a title sponsor – who Mohr was not ready to disclose – and signed up several volunteers.

Airdrie Pride Society is still in need of both, however, and Mohr said potential volunteers should plan to attend an information night May 7 at Good Earth Café at 6:30 p.m.

“There’s a ton of work to do,” Mohr said. “The board, right now, is five members. We all are 100 per cent volunteer, so we definitely need help to pull this off. This is a big endeavour.”

Anyone interested in volunteering or sponsoring the event can find more information at airdriepride.wordpress.com