While additional temporary restrictions have been imposed on Alberta’s religious assemblies, some churches in Rocky View County (RVC) have been relatively unaffected.
Nov 20, 2020 5:00 PM By: Jordan Stricker 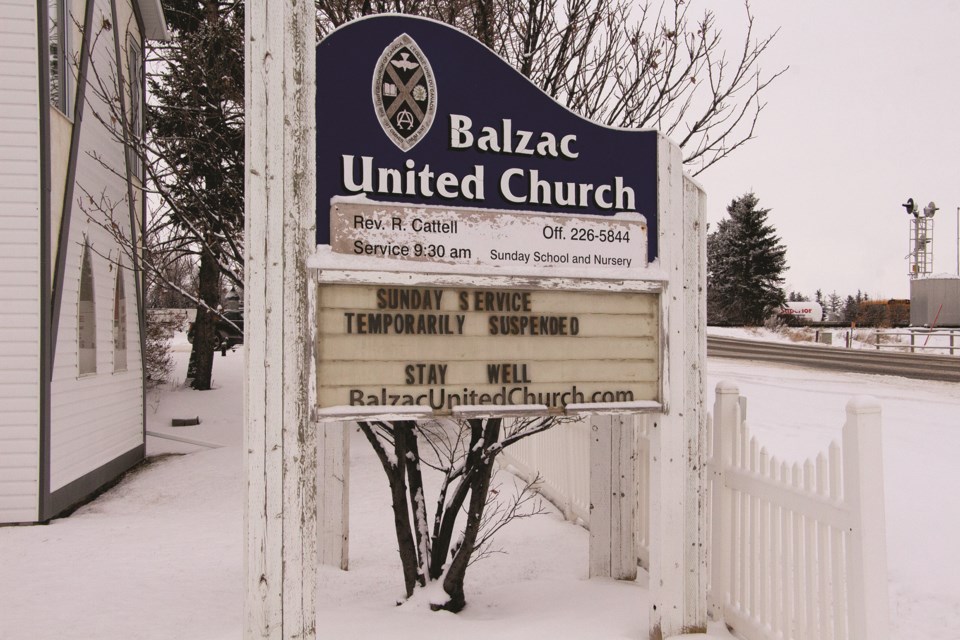 While additional temporary restrictions have been imposed on Alberta’s religious assemblies, some churches in Rocky View County (RVC) have been relatively unaffected.

On Nov. 12, the Alberta government announced a series of new rules intended to slow the spread of COVID-19. The temporary measures took effect Nov. 13 and are intended to last until Nov. 27, so long as the spread of the virus does not worsen. Under those restrictions, faith communities can continue to meet in-person, but at one-third capacity.

In RVC, churches big and small have found ways to continue providing services during the pandemic. Richard Gilbertson, executive pastor of RockPointe Church in Bearspaw – which sees an average weekly attendance of approximately 1,400 – said the latest host of restrictions have not hindered his church, which moved its services online in the spring and has so far not returned to in-person meetings.

“During this time, we have learned a lot from other churches that have regathered earlier than us,” he said. “We are starting with collective wisdom, which really helps a lot.”

The team at RockPointe is just now starting to think about bringing its services back to its building. Gilbertson said RockPointe plans to host a physical gathering Dec. 6, but that could change depending on the state of COVID-19 in the province.

“The plan is to offer not only online, but onsite [services],” he said. “We are moving in that direction with a big asterisk as our situation continues to unfold.”

He said understanding protocols, sanitizing, entrances, pre-registration and cleaning techniques have been helpful as the church tries to find a way to provide in-person services.

“As it stands right now, singing won’t be a part of our services when we return,” he said. “We are hoping to provide some form of teaching, pre-recorded music as we have done online and we are trying to figure out what connectivity will look like.”

Gilbertson said moving forward, it will be important to find a way to keep people connected while remaining safe. He said this year has been difficult for many, and having a place where they can safely connect is valuable.

“For large churches, almost across the board, they are seeing about 20 per cent attendance compared to before the pandemic,” Gilbertson said. “Part of that is capacity, part of that is people choosing not to expose themselves. Problems are an opportunity for innovation.”

Irricana United Church, which has a much smaller congregation, has also done its part to find ways to keep people engaged and safe amidst restrictions. Brian Culp, chairman of the church’s board, said it has been offering in-person services since Sept. 13.

“People were very cautious of coming back,” Culp said. “We have put in place full cleaning, social distancing and masking protocols, along with Plexiglas screens.”

Culp said following the latest restrictions, the church has chosen to return to strictly online services until the limitations are lifted.

“When we made the initial actions back in March, the case numbers were not near as high as they are now, especially in RVC,” he said. “A lot of our congregation is farm-based, we don’t tend to be in high-exposure areas, but we don’t want to bring the virus into the church.”