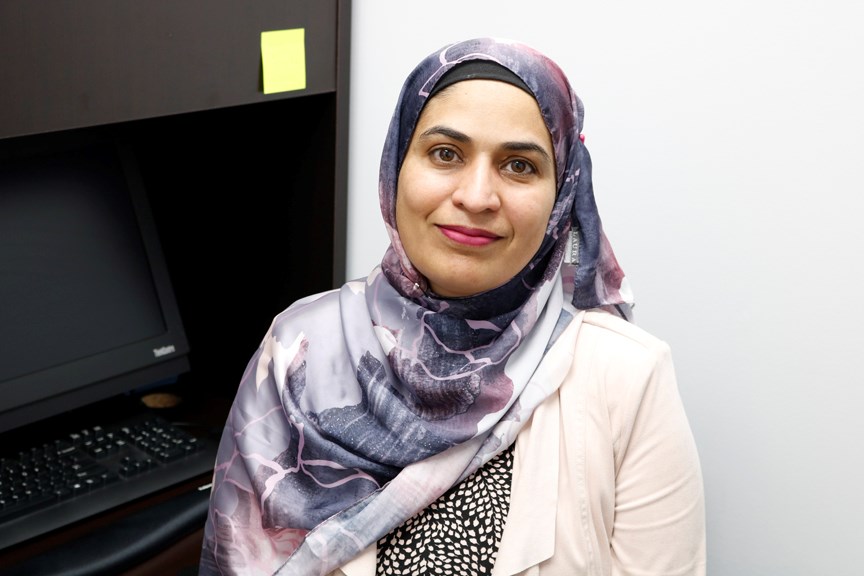 Local family doctor Fozia Alvi has raised awareness about humanitarian aid all over North America – including through presentations to students, at the 2018 United Nations’ General Assembly dinner, and in a one-on-one conversation with Prime Minister Justin Trudeau.

Now, the Airdrie doctor will be presenting a talk, “The Plight of the Rohingya People,” presented by the Airdrie Rotary Club, May 21 from 7 to 9:00 p.m at the Bert Church LIVE Theatre.

Alvi’s presentation will focus on her own humanitarian work in Myanmar and Bangladesh, among other places. Since 2017, Alvi said, she has made two trips to these camps to care for locals, including children, mothers and victims of sexual assault. She said the work is rewarding but can be very difficult.

“When I came back, I was in deep thought for months after my first trip because I was thinking that, as a mother, how it must feel to choose between either saving your child from a burning fire or running. No parent in the world should ever be in that situation,” she said. “It’s kind of pushed me. I said that I must do something beyond just working as a medical doctor – I must do the advocacy for them.”

Recently, Alvi and her husband opened a hospital in Pakistan to help make their efforts more sustainable. It has been challenging, she admitted, to keep donations consistent and to be continually travelling to help people in other countries.

“The local people [in Pakistan] said that [they] needed a bigger hospital where trauma patients can come in,” Alvi said. “So, we ended up building a full-fledged, big hospital. For the last eight or nine years, I have been working some extra days every week in my clinic here. And the money that I get from that, I put it aside just for the hospital project.”

Throughout the past year and a half, Alvi said, she has been doing exactly that by sponsoring a clinic in Pakistan.

Through her humanitarian projects, she added, she has been shocked by the overwhelming support from the Airdrie community.

“I'm humbled every day to see my patients who come here to my office and sometimes, even though they can't afford it…they want to donate,” Alvi said. “Even $50, when they don't have much for themselves.”

She said she is also thankful for the support of the Airdrie Rotary Club, which is hosting her talk. In late 2018, according to Alvi, she was given an opportunity to present a short talk to the club, which she said was received with great support and compliments. She added she is looking forward to her upcoming talk presented by the club.

“I heard about Rotary, but I never knew what it was about,” she said. “These are good people. I think that they have showed a lot of support and solidarity to work with me. I think it's great.”

For more information about Dr. Fozia Alvi’s talk, visit the Airdrie Rotary Club Facebook page. Tickets to the event are free but seating is limited and those intending to attend should visit rotarytickets.ca to reserve a seat.