Rocky View County (RVC) is celebrating a particularly successful road-construction season, with more than $16 million undertaken in rehabilitaton and improvement projects.
Dec 11, 2018 12:01 AM By: Ben Sherick 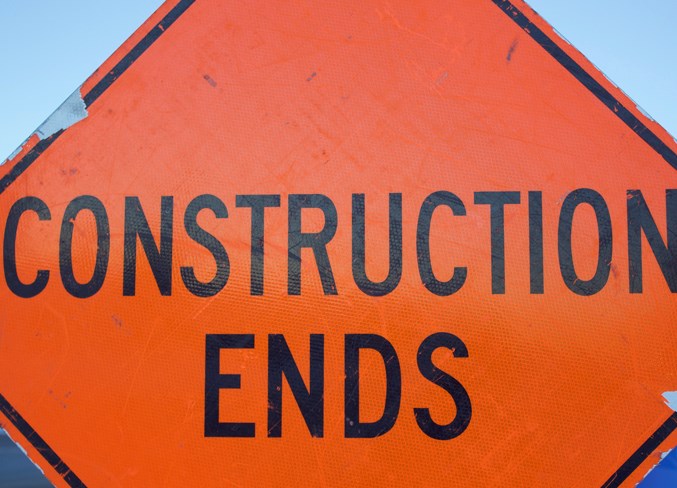 Rocky View County completed more than $16-million worth of road work during the 2018 construction season – double the usual amount, according to Doug Hafichuk, manager of Capital Projects.

Rocky View County (RVC) is celebrating a particularly successful road-construction season, with more than $16 million undertaken in rehabilitaton and improvement projects. “We’re thrilled with the way the season went, particularly our ability to finish off projects that were left incomplete last year,” said Doug Hafichuk, manager of Capital Projects. According to Hafichuk, the County typically completes about $8-million worth of road projects in a year. Road construction generally falls into one of two categories, Hafichuk said – maintenance and rehabilitation, and road infrastructure expansion. The former, he said, is when existing road infrastructure is rejuvenated, while the latter supports connectivity through road widening, calcium stabilization or subgrade improvements for future paving. According to a press release, the County completed $3.57 million in maintenance and rehabilitation work on various roads around RVC during the 2018 road construction season. The County, per the release, also completed phases of three major road improvements projects, costing $8.1 million. Hafichuk said a key highlight of the construction season was the completion of engineering assessments and preliminary designs for a stretch of Langdon Centre Street, between Highway 560 and Railway Avenue. The plans provide for four lanes of traffic, an underground stormwater system and pedestrian accommodations, and Hafichuk added the project will carry over into 2019. Crews were also able to complete the majority of a widening project on Township Road 250, and Hafichuk said preliminary engineering for major grade improvements to prepare for the future paving of Range Road 290 were also completed. Both projects will see continued construction in 2019. Additionally, according to the press release, RVC advanced work on seven road improvement projects begun in previous years – widening of Bearspaw Road, subgrade improvements on Range Road 283 and on Township Road 233, subgrade repairs on Range Road 14, base improvements and asphalt overlay on Peigan Trail, subgrade and grade-line improvements on Township Road 251A and subgrade repairs and calcium stabilization on Range Road 32. The projects cost $4.92 million. “Given the weather we experienced – a very cold and wet September, very early heavy snow in October – there was some concern that, maybe, some of the projects wouldn’t get completed,” Hafichuk said. “Through a little bit of diligence and some hard work with our contractors, we managed to get those jobs done.” The construction season wrapped up the week of Nov. 27, Hafichuk said – now, road crews will turn their attention to ice and snow control throughout the winter before starting a new construction season next year. “The last construction project was Township 250, so we’ve done a winter shutdown there,” he said. “The remaining work for 2019 is primarily just line painting, markings on the roads.” The success of this year’s construction season bodes well for the future, Hafichuk added, and could become the new norm. “It’s an example of good planning and collaboration,” he said. “I would like to say that this is indicative of what we can expect to see.”