Residents of certain Rocky View County (RVC) communities might soon be engaged in doorstep conversations about flood readiness.
0
Apr 9, 2019 12:01 AM By: Ben Sherick 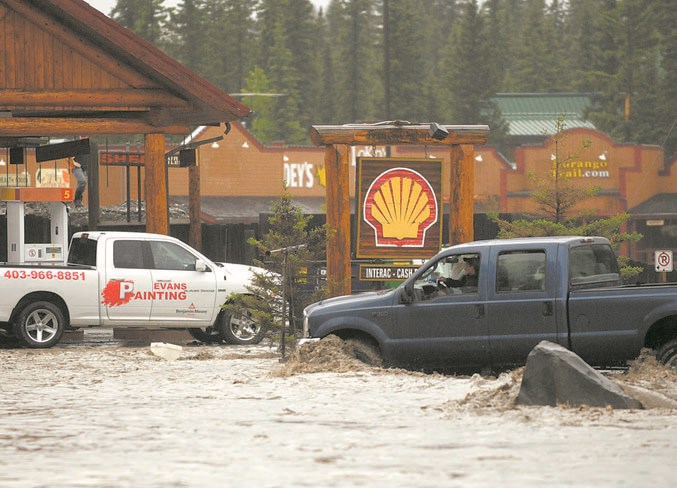 Bragg Creek, Langdon and Beiseker have been selected as the sites for a pilot project by the Canadian Red Cross to raise awareness regarding local flood risks.

The Canadian Red Cross is currently conducting a pilot project in Bragg Creek, Langdon and Beiseker to evaluate the effectiveness of in-person engagement about emergency preparedness. According to Mark Holzer, provincial operations manager in emergency management, volunteers began going door-to-door March 30 to provide residents with information about flood risks in their communities, and will continue to do so until April 17.

“[The program] is part of some ongoing disaster-risk-reduction programs that we have in the province,” Holzer said. “Those communities were selected [because of] some ongoing annual flooding that’s experienced, as well as the flooding that occurred in 2013.”

The project has been developed in conjunction with the Intact Centre on Climate Adaptation and the University of Waterloo, and is simultaneously being carried out in communities in British Columbia and Ontario, as well. The three RVC communities are the only ones in Alberta where Red Cross volunteers will engage with residents.

According to Holzer, 16 volunteers will be visiting homes in the three communities, and conversations will typically take around five minutes. If a resident isn’t home, the volunteers will leave behind a door hanger on flood mitigation.

Volunteers will highlight the flood risks in the communities, as well as the steps residents can take to mitigate the impact of flooding on their homes, Holzer said. Those steps include clearing debris from storm drains, cleaning eavestroughs twice yearly, testing sump pumps and covering window wells.

“All fairly simple things that you can do that don’t require any kind of special skills for the homeowner or the resident,” Holzer said.

Volunteers won’t be entering into homes, he added.

According to a press release announcing the program, flooding is one of the most common environmental hazards in the country. Between 1918 and 2018, the release stated, 302 major floods occurred throughout Canada – accounting for 37 per cent of natural disasters.

Despite the prevalence of flooding, the University of Waterloo reported in 2017 only six per cent of Canadians are aware of the flood risks in their area.

“On average, basement flooding can cost between $20,000 and $40,000 for repair,” Holzer said. “If you are able to take some measures that will help reduce the severity of flooding, then that will greatly improve how you’re able to recover.”

Once the project is complete later this month, Holzer said, the Red Cross will assess its effectiveness.

“We are hoping, through the success of this program, that we’re able to extend this into other communities going forward,” he said.