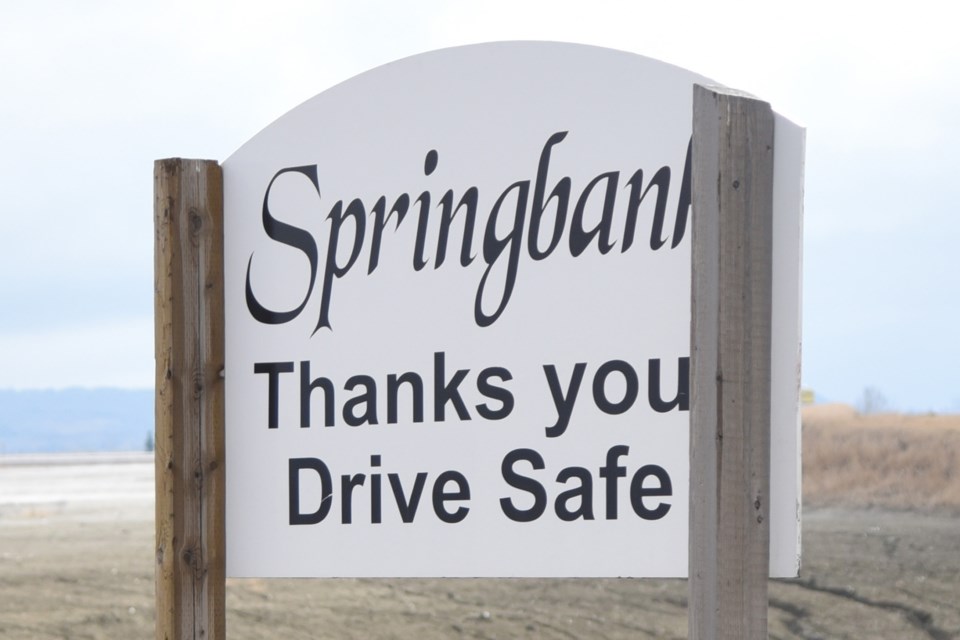 While a review of the Springbank Off-stream Reservoir (SR1) project is underway, president of the Springbank Community Association (SCA) Karin Hunter said residents need to continue engaging in public conversations about their concerns – and SCA is providing opportunities to facilitate these discussions.

The association will host its third information session in Bragg Creek at 7 p.m. June 17, at the Bragg Creek Community Centre. According to Hunter, the event is a way for community members to share concerns about the project, which was announced in 2014 as part of the province's strategy to resolve flood mitigation issues in the Calgary region.

“We're trying to reach out to as many members of west Rocky View County as we can to talk about the SR1 project, [and] the alternative at McLean Creek – what we know about the project now versus what we didn't know in the past,” Hunter said. “We will also be talking about the health and integrity of the Elbow River watershed as a whole."

While providing flood mitigation to Calgary is important, Hunter said, moving forward with the SR1 project isn’t fair to the upstream communities she believes were not sufficiently consulted about the project. Especially when there are other solutions, according to Hunter – like a possible dam project at McLean Creek which would provide more benefits for the long-term health of the river and the surrounding communities.

“We're [almost] five years into this process and the government has just given no credence to the local views whatsoever,” she said. “It’s always been purely focused on protecting Calgary.

“It's just an interesting dichotomy and we [would] just like to point out that we really do have an opinion out here about which project it should be.”

Hunter added the surrounding communities will feel the impacts of the project for a long time.

“There's no plan to decommission it,” she said. “It'll be here long into the future, and the lost opportunity for better flood mitigation, fire protection and water security will be there forever, too.”

Bragg Creek resident and river enthusiast Dave Klepacki will be in attendance to present information on the McLean Creek alternative.

“He's brilliant [and] he's very much about the Elbow River – the declining flow of the Elbow River and the risk of drought and preserving our river for future generations,” Hunter said. “He talks about the benefit of an instream dam for controlling the levels of the river, which then can control groundwater flooding that will continue to be an issue for those communities, going forward.”

Both Hunter and Klepacki will be speaking at the event to share their thoughts and to create dialogue about these projects with those in attendance.

“I encourage people who are interested to come out to listen to what we have to say and hear our perspective on these projects,” Hunter said.