Rocky View County (RVC) council postponed a decision on an application that would bring one of the largest solar farms in Canada to the County. During a regular meeting Feb.
0
Feb 26, 2019 12:01 AM By: Ben Sherick 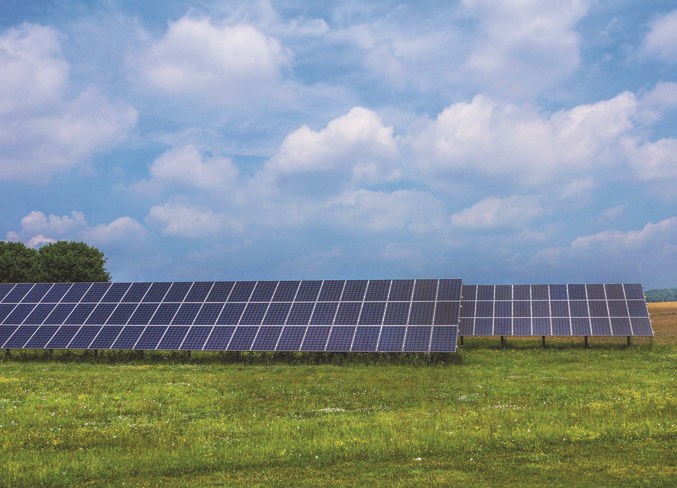 Rocky View County council will decide the future of a potential solar farm near Indus at its next meeting.

Rocky View County (RVC) council postponed a decision on an application that would bring one of the largest solar farms in Canada to the County.

During a regular meeting Feb. 12, council considered a site-specific amendment to accommodate the development on six quarter sections northwest of Indus, comprising slightly more than 954 acres. According to planner Jamie Kirychuk, a number of operational gas well sites, pipelines, rights-of-way and wetlands limit the developable area to around 881 acres.

“The proposed solar farm development would contain approximately 700,000 solar panels and generate approximately 150 Mega Watts,” Kirychuk said. “The power generated would be sold and distributed into the grid system, and is capable of supplying approximately 24,600 homes.”

Once approvals are granted, he said, construction of the farm would take approximately six to seven months – generating an estimated 200 full-time jobs, Kirychuk added. Once completed, Kirychuk said, the farm would recruit 20 to 30 full- and part-time employees.

Some agriculture could still be conducted on the site between the solar panels, according to Karpovich. About 50 per cent of the land would be lost temporarily, he said, but the site would be returned completely to agricultural uses once the facility is decommissioned after 20 to 40 years.

First reading of the redesignation bylaw was granted 7-2, with Couns. Jerry Gautreau and Crystal Kissel opposed.

“I’m struggling with this application, because I am a believer in renewable energy,” Gautreau said. “However, I also have to look at land use and what’s best for this land…. I just don’t know if taking all this prime agricultural land out of use for a solar farm right now is the best-case scenario for us.”

Second reading was also carried 7-2, with continued opposition from Gautreau and Kissel. Council then unanimously supported a motion by Deputy Reeve Al Schule – the area councillor – to make council the development authority.

However, council was unable to consider the item for third reading, due to opposition from Coun. Kevin Hanson.

“I do have some remaining questions about taxation,” Hanson said. “I’d like to see some confirmation that we understand what that looks like for the County.”

Hanson noted he would support third reading after receiving more information on how the land would be taxed and how assessment would be conducted, but council voted 5-4 to defeat his motion to direct administration to provide information on taxation treatment from comparable solar farms in Alberta. Couns. Gautreau, Kissel and Samanntha Wright supported the motion.

The item will be brought back before council Feb. 26.