In an effort to find a water solution for Cochrane Lakes, Rocky View County (RVC) council unanimously directed staff to open discussions with the current owner of the area’s water and sewer utility during a regular meeting March 12.
0
Mar 26, 2019 12:01 AM By: Ben Sherick 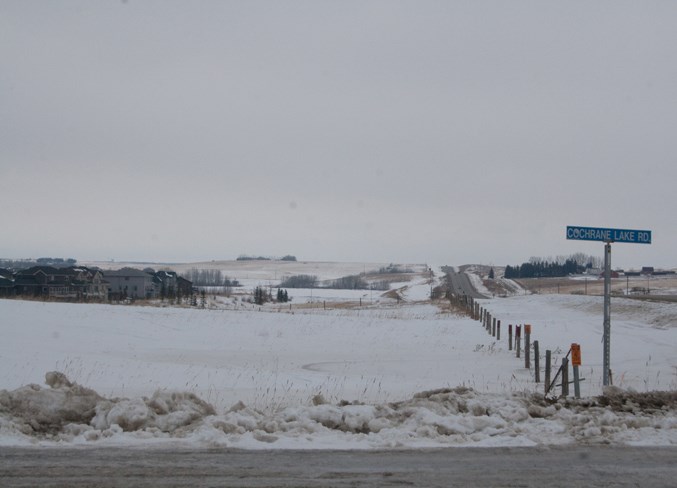 Rocky View County will will open discussions with the current owner of Cochrane Lakes water and sewar utility in an attempt to resolve ongoing water issues in the area.

In an effort to find a water solution for Cochrane Lakes, Rocky View County (RVC) council unanimously directed staff to open discussions with the current owner of the area’s water and sewer utility during a regular meeting March 12. The move came as the result of a recommendation from a Feb. 5 Governance and Priorities Committee (GPC) meeting, when the committee heard a presentation by Macdonald Communities Limited (MCL) and Schickedanz West on a potential strategy for the acquisition of the asset, said Stuart Jewison with Utility Services. Acquiring the utility would help resolve water and wastewater servicing issues impacting the Cochrane Lakes area, which, according to Ken Till with MCL, has caused a lack of development for a decade. “You may have heard this from some residents – the water quality from the water plant is not tremendous,” he said. “The residents consider it undrinkable. If we were trying to sell homes with this type of water, we would find it very difficult.” The solution suggested by Till would see RVC acquire and operate the water and sewer service currently owned by Horse Creek Water Services Inc. and Horse Creek Sewer Services Inc., sharing the acquisition cost with MCL and Schickedanz. “We would pay some portion of the costs and the County would pay the balance,” he said. “We believe, from the analysis that we’ve done, that the County could readily recover its income from the increased rate base as Schickedanz’s development goes, which has been through the approval process, and our own development goes.” Staff will report back to council with the results of the assessment, but no timeline has been provided.

Two subdivision applications were approved by council. The first application, according to planner Stefan Kunz, created a 2.80-acre parcel and a 2.02-acre parcel with a 10-acre remainder west of Calgary, at the northeast junction of Range Road 32 and West Meadows Estates Road south of Highway 8. The applicant, B&A Planning Group, provided an unregistered copy of a deferred reserve caveat – originally drafted in 1961 – and claimed the document counted as the municipal reserve dedication. However, Kunz noted the caveat was not currently registered on any active land title, and, since it had been registered prior to the 1963 Planning Act, had no legal standing. Therefore, the applicant would still be required to provide Municipal Reserves for the subject land. The purpose of Municipal Reserves, Kunz added, is to set aside land for recreation and educational purposes, and ensures development is accountable to the County for additional population “Ten per cent of the lands is taken…and set aside – either lands for parks, pathways or schools,” he said. “If it’s cash in lieu of land, such as this case, it can be used for the operations, upgrading or maintenance of existing facilities.” Council ultimately approved the application – including the condition for Municipal Reserves – unanimously. The second application created a bareland condominium with nine residential lots in the Central Springbank area at the northwest junction of Range Road 25 and Lower Springbank Road, said planner Xin Deng. The lots will range in size from 3.29 acres to 5.22 acres. Council voted 7-1 to amend the subdivision conditions, deferring the Transportation Off-site Levy on one lot that contains an existing dwelling. Coun. Kevin Hanson opposed the amendment, and Coun. Crystal Kissel was absent from the meeting. Council then voted unanimously to approve the application.

A land redesignation was also approved unanimously at the meeting, which, according to planner Dominic Kazmierczak, will facilitate the creation of a 2.14-acre parcel with a 2.71-acre remainder north of Calgary, on the east side of Valley View Road and south of Highway 566. The parcel is located in a fragmented country residential area outside any area structure plan, Kazmierczak said, but administration determined the redesignation was compliant with the policies of the County Plan as well as the RVC/City of Calgary Intermunicipal Development Plan (IDP). The City of Calgary did not support the application, Kazmierczak noted, and felt it did not accord with objectives of the IDP. While he said RVC acknowledged Calgary’s preference for urban growth corridors to remain as unfragmented as possible, the quarter section containing the subject land is already heavily fragmented, making a future shift to an urban form likely to be extremely challenging.