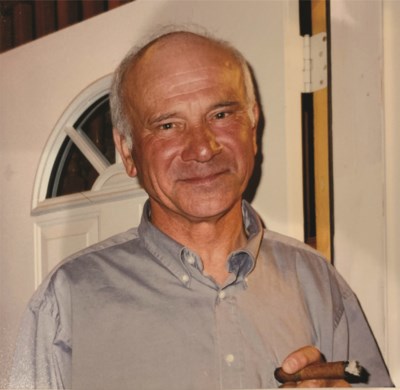 It is with great sadness that the family of Harry Kaufmann announce his sudden passing on July 8, 2019, at the age of 78 years. Harry is lovingly remembered by his wife Lore, and his children Gabrielle (Jeff) and Stephanie (Brent). Harry will also be fondly remembered by his grandchildren and great grandchild, Paul (Ashley), Avery, Hayden and Aubrey.

Family and friends will remember Harry’s love for travel and adventure, especially when it involved the great outdoors.  Harry travelled the world as a young man, always looking for opportunities to pursue his passion for fishing and big game hunting. Harry’s love of the hunt took him too many remote places. One of his favorite places to camp, fish and hunt was Buffalo, Alberta. His trophies were both hung on his walls and shared in the stories he loved to tell among friends.

Harry received his journeyman ticket in stone masonry, in Germany, in 1960. With his trade Harry worked and travelled abroad before eventually settling in Ontario in 1972. The family moved west to Alberta in the early 1980’s, eventually settling in Beiseker. Harry was known throughout the area as a skilled master craftsman, and for good reason as he took great pride in his work. There are many of his projects that will endure for decades, if not centuries, given the care and attention that he put into his work.

Harry wished to spend eternity in the great outdoors, so his ashes will be spread in one of the places he loved to visit at a later date.

Please join us for a memorial for Harry Kaufmann on July 27, 2019 at 2 pm at the Beiseker Community Centre, Beiseker, Alberta.

To share a memory or add a condolence please see the following: