Some physician pay changes cancelled due to COVID-19 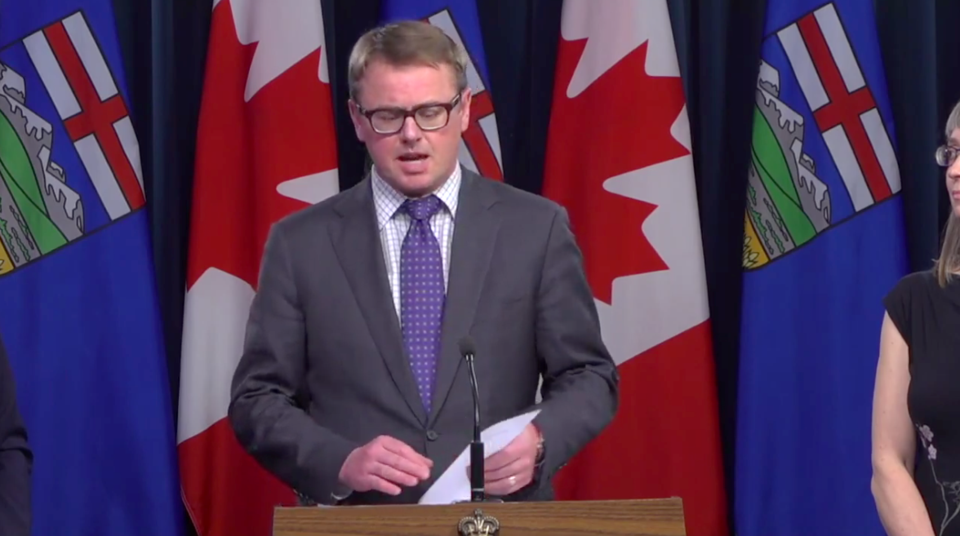 On Tuesday afternoon, the government of Alberta announced they are cancelling the planned changes to physician compensation in relation to complex modifiers, which was planned to go ahead at the end of the month.

The modifier is a fee that gives doctors additional money to spend with patients who need to stay for longer than 15 minutes. Under the previously proposed changes, the fees would have made doctors spend 25 minutes with a patient before the complex modifier would kick in.

In a press release, Alberta Minister of Health Tyler Shandro said they want to ensure physicians on the front lines can focus solely on providing patient care "during these unprecedented times."

The announcement came on the heels of the province announcing a state of public health emergency due to COVID-19.

“We’ve heard concerns that this change would result in what has been called ‘10-minute medicine.’ While we respectfully disagree with that characterization, we are nevertheless halting this change so that doctors can concentrate on the critical tasks at hand,” Shandro said in a release.

President of Alberta Medical Association Christine Molnar said they appreciate the removal of the complex modifier.

“This is a significant step in supporting patients and physicians. There is still work to be done. We will work in any venue to advance patient care and to reach a formal agreement between physicians and Alberta Health,” Molnar said in the release.

The first modifier that general practitioners bill for a visit will remain at the 15-minute mark at the current rate of $18.48. Other complex modifiers will remain available at current rates and current time requirement

A physician compensation advisory committee will be created to look at all aspects of the physician services funding model and make recommendations supporting the delivery of high-quality patient-focused health services to Albertans. The committee will be made up of the public, physicians and Alberta Health Services.