Questions to the Candidates

Each week in the lead up to the provincial election April 16, the Airdrie City View will ask the candidates a question that could impact voters. Each candidate has been given a maximum of 100 words to respond.
Apr 11, 2019 12:00 PM By: Airdrie City View 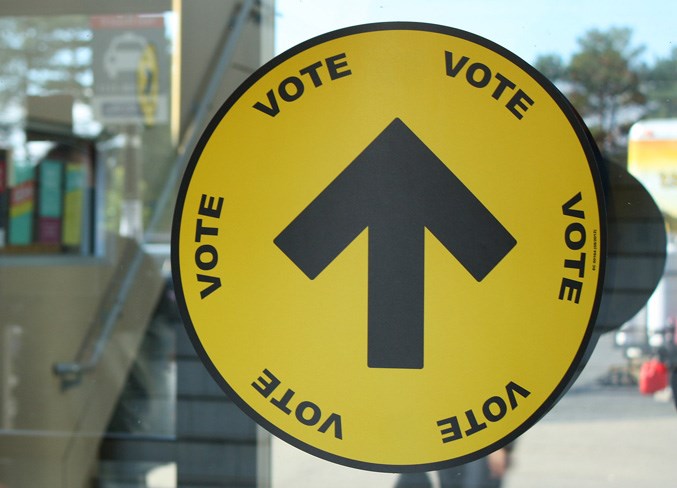 In lead up to the April 16 provincial election, the Airdrie City View will ask the candidates in both the Airdrie-East and Airdrie-Cochrane ridings a series of specific questions.

Each week in the lead up to the provincial election April 16, the Airdrie City View will ask the candidates a question that could impact voters. Each candidate has been given a maximum of 100 words to respond.

This week, we asked: How will you ensure adequate funding for education and new schools?

Alberta’s children deserve an excellent, world-class education system that will equip them intellectually, socially and with job-ready skills for life. A United Conservative government will maintain or increase funding while seeking greater efficiency by reducing administrative overhead and pushing resources to the front line. Just think of how much savings there will be in the elimination of the carbon tax alone.

We will continue to build new schools, especially in Airdrie, and order an audit to figure out what happened to previous funding dedicated to class-size reduction.

We would prioritize public infrastructure funds for schools and healthcare.

Under Rachel Notley, our government has funded for student enrolment growth every year and will continue to do so. We will hire 1,000 new teachers, build 70 additional schools and increase the Classroom Improvement Fund to $100-million per year, while making it permanent.

Public education is a top priority and our party and I will continually advocate for the needs of Airdrie’s schools, teachers and students.

The Alberta Party was the only opposition party to produce a shadow budget every year. We wanted to outline what our priorities would be if we were in government, each year we had $100-million more than the NDP budgeted for both capital investment for building schools and for the teachers and resources needed to fill those schools.

We will continue to make education our top priority. We support inclusive education, and in order to support this we would double the funding for educational assistants to ensure that both teachers and students have the support they need to be successful.

A MLA's job is, in part, to telegraph local concerns in Airdrie-East to the education minister and ensure the ministry planning process is known.

As MLA, I will donate $127,000 to purchase a house for victims and fund a therapeutic horse program for mental disability. Education is not just schools.

Editor's note: Though he agreed to participate, a response from Alberta Independence Party candidate Jeff Olson was not received by press time. Rick Northey, Freedom Conservative Party candidate, did not respond to requests to participate. Should we receive responses, this post will be updated.

The UCP announced a detailed education platform that maintains or increases funding to the education system while seeking greater efficiencies by reducing administration overhead and pushing those savings to the front line.

We will continue building new schools, but in a judicious and responsible manner ensuring previous money committed is audited to find out why it hasn’t helped reduce classroom sizes.

We want successful, leading students and a strong education system is the corner stone to our economic growth and this is paramount to all the UCP platform policies.

I'm running for the NDP because it’s the only party committed to finding our school system for growth. In the past four years, we have built five new schools and renovated another in Airdrie, and built another two in Cochrane.

With 15,000 new kids entering the school system each year, it is absolutely critical for us to maintain funding for growth in our growing communities. That's why, when the UCP is calling for the equivalent of per-student cuts in funding every year, Rachel Notley has committed to funding for growth and promised to build or modernize 70 schools, and hire 1,000 teachers.

An Alberta Party government will double the number of educational assistants in Alberta’s classrooms with a major boost in funding for inclusive education. This means more support in the classroom so every child can have an enhanced learning experience.

Our classrooms are increasingly diverse with children from many different cultures, backgrounds and circumstances. Alberta families want to be confident their children will receive a quality education no matter how complex the classroom. While continuing efforts to reduce class sizes, we will expand funding to double the number of educational assistants, providing more support to students and more help for teachers.

We project a $15-billion surplus per year on a balanced budget with no cuts to services or social programs.

With a $15-billion/year surplus, the people and stakeholders will decide which services and/or programs can be better. Schools will get additional funding to reduce classroom sizes, hire teachers and resource workers.

We will ensure student funding goes with the student when students transfer schools. Each student gets $12,500 per year, currently. We will ensure 100 per cent funding for all schools public/private who meet the common sense Oath of Rights and Freedoms.

Editor's note: Though he agreed to participate, a response from Matthew Morrisey, Freedom Conservative Party candidate, was not received by press time. Should a response be received, this post will be updated.