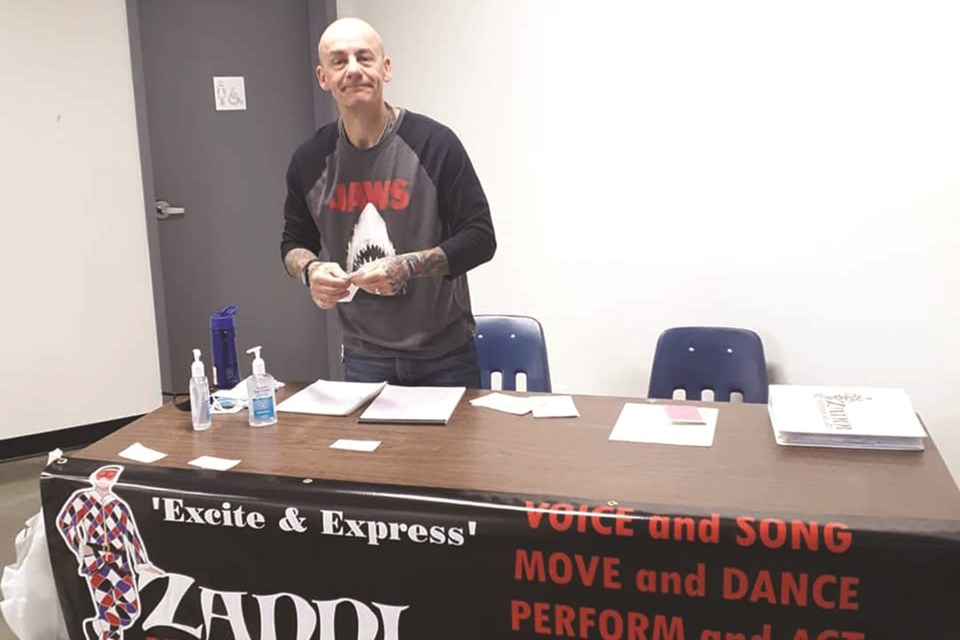 A new performing arts school in Airdrie aims to help local children learn to express themselves.

“ZPA is for kids who have something inside of them they want to get out,” Macagnino said. “It’s OK to let go, it’s OK to perform.”

Originally from Kettering, England, Macagnino and his wife moved to Airdrie in 2006. He took a 14-year break from performing to work in the insurance industry, but in the last year was asked to help with workshops at the Calgary Waldorf School.

“It re-sparked my first love, which has always been comedy and performance,” he said.

After rediscovering his ove for performance, he came up with the idea for ZPA.

The school operates out of Airdrie Christian Academy, and classes will take place every Saturday between Sept. 12 and May 29, 2021. ZPA offers classes for all ages and the programs are split into three separate age groups – ages four to seven, eight to 11 and 12 and over. There is also an all-ages group that will include workshops in many different disciplines.

In the Piccoli group – for ages four to seven – kids will learn the basics of performing through the school’s core classes, which include movement, voice and acting. As students progress through the age groups, Macagnino said, the training will become more in-depth.

The Intermezzi workshops, which are for all ages, feature a variety of subjects for students to dive into. Offered once a month, students can learn juggling, mask work, stunt choreography, improvisation, clowning and miming.

Macagnino said he hopes introducing kids to a wide range of performance disciplines will show people that you can be successful in performing arts without being strictly an actor or a singer.

Each class can accommodate around 40 students to ensure everyone in attendance can receive the instruction needed, he said.

“I want them to leave the class with a smile on their face and look forward to next week,” Macagnino said.

ZPAccording to its website, zanniperformingarts.com, ZPA has several measures currently in place to address COVID-19. The small class sizes ensure physical distancing can be implemented. Sharing food and drinks is not allowed, and masks can be worn but aren’t mandatory. Additionally, the classroom will be sanitized between uses. ZPA will also supply sanitizer spray before, during and after classes.

Students can begin to explore the vast world of performing arts with a ZPA membership that costs $74 a month.