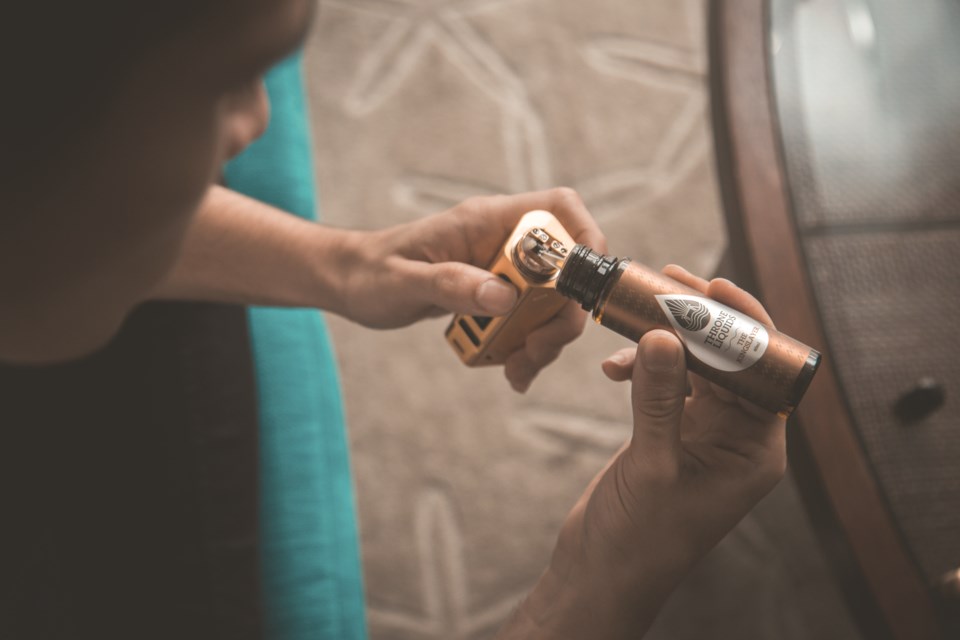 The first case of vaping-related lung illness has been confirmed in Alberta. Photo: Unsplash

Alberta’s Chief Medical Officer of Health has confirmed the first case of severe lung illness related to vaping in the province.

In a Jan. 2 press release from Alberta Health, the ministry announced one patient has received treatment for the illness and is recovering at home. To protect the patient’s confidentiality, additional details were not released.

“We are actively monitoring the situation in Alberta and working with health officials across Canada to share information and better understand this illness,” said Dr. Deena Hinshaw, chief medical officer of health. “I want to remind all Albertans that vaping has health risks, and the only way to completely avoid these risks is by not vaping.”

The case confirmed in Alberta is, as of Dec. 31, 2019, the 15th vaping-associated lung illness reported in Canada, according to the Public Health Agency of Canada (PHAC). In fall 2019, according to Alberta Health’s release, PHAC “alerted provincial health officials and asked them to report any probable and confirmed cases” as part of an ongoing national investigation.

According to Dr. Brent Friesen, medical officer of health with Alberta Health Services (AHS), cases of vaping-related illnesses are particularly concerning for health officials due to “the dramatic increase” in youth vaping.

While the federal government initially approved vaping products as a way for “smokers to reduce their use of smoking cigarettes and switch to a product that appeared to be less harmful,” he said, the tobacco and vaping industry instead directed its efforts toward attracting youth to its products.

According to Friesen, since 2014, the number of students in grades 7 to 9 that report having used an e-cigarette in the past 30 days has increased from three per cent to close to 12 per cent.

“For older grades, close to a third of youth are reporting that they’ve tried e-cigarettes,” he said. “We know that large numbers of youth are exposed to e-cigarettes and they’re being addicted to nicotine, and we also know that youth who use vaping products with nicotine are more likely to go on to smoke cigarettes.”

Another concern exists around flavoured vaping products, Friesen said. While ingredients in these products have been tested to ensure safe ingestion, they have not been tested for safe inhalation.

Ultimately, he said, a misconception exists that vaping is safe.

“I think it’s pretty reasonable to say that vaping is less dangerous than smoking cigarettes, because of the significant harms that we know in terms of heart disease, cancer and lung disease associated with smoking cigarettes” he said. “I think it’s also safe to say, now, as we’ve seen wider use of vaping products in the population, that vaping products are not safe, and they carry their own harms and risks.”

This sentiment is echoed by Alberta Health.

“Public health officials continue to advise Albertans that vaping is not without risk and the long-term health impacts remain unknown,” the release said. “Anytime you breathe unknown substances into your lungs, it can have health impacts.”

For that reason, youth, pregnant women and people who do not smoke should not begin vaping, Friesen said. People using vaping products should not switch back to cigarettes, he said, but should instead make a plan to quit. He advised also minimizing the flavoured vaping products, moving to lower concentrations of nicotine in the liquids used, and being informed about how the liquids have been produced and tested.

Additionally, PHAC recommends not using products that have been obtained from illegal or unregulated sources, or modifying vaping products or adding substances that are not intended by the manufacturer.

Friesen noted a change in breathing may signal a vaping-related illness. The development of severe cough, wheezing or shortness of breath means you should follow up with your physician, he said. According to PHAC, a history of current or past vaping should be disclosed to your doctor.