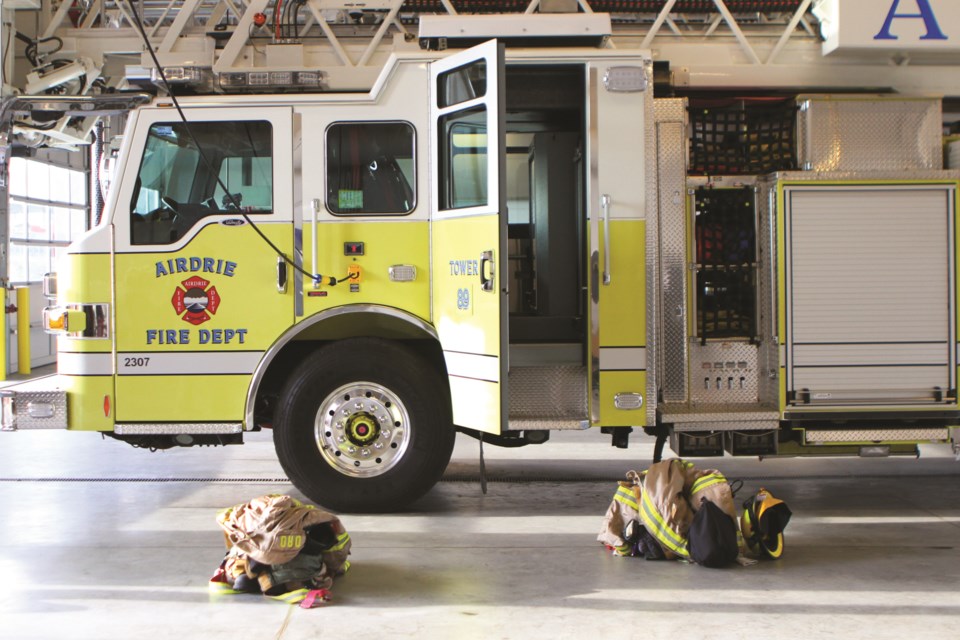 A vehicle fire  in the 500 block of Tanner Drive drew Airdrie Fire Department (AFD) crews May 22.

According to an AFD press release, crews responded to the call around 2:30 p.m.

Upon arriving at the scene, firefighters discovered a vehicle on the exterior parking pad of a two-storey house engulfed in flames.

"The fire, which was burning in the vehicle's engine compartment, threatened to breach the interior of the front, attached garage of the residence," the release stated.

Firefighters managed to douse the blaze before forcing open the hood to gain access to the seat of the fire in order to ensure it was fully extinguished. The vehicle suffered significant damage to the front exterior and engine compartment, but the home was not damaged and there were no injuries.

According to the release, the Fire Prevention Bureau continues to investigate in order to determine the cause of the fire and damage estimates.