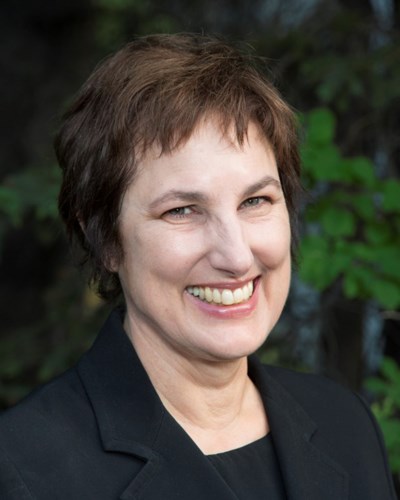 Anne Wilson is the NDP candidate for Banff-Airdrie. She said climate change is the main issue of this election. File photo/Great West Newspapers

Canmore lawyer Anne Wilson, who is running for the New Democratic Party (NDP) in Banff-Airdrie, said she believes climate change is the most important issue in the Oct. 21 federal election.

“We really have to do something,” she said. “It’s incumbent on us to listen to the people. I’m critical of the liberals for not doing enough, and I’m also critical of the conservatives – especially [current MP Blake Richards] – for just not believing in climate change, at all.”

Wilson, a lawyer who has been involved with federal and provincial campaigns for the NDP since 1993, touted the importance of many of the party’s platform points related to healthcare and affordability.

While protecting the environment is her big-ticket priority, she said the party’s proposals for national pharmacare and dental-care programs, as well as decreasing the ever-rising cost of housing, would have positive impacts on average Canadians.

She added funding the NDP’s ambitious plans would be done through tax increases to the wealthy. As a Canmore resident since 1980, she said she is cognizant of the area’s affordability issues.

“We’ve heard a lot about the one per cent, and it truly is time for that segment of the population to pay, and not the lower- and middle-class earners,” she said.

Wilson, who is also the vice-president of the Alberta NDP, said what compelled her to enter politics is her drive to stick up for the underdog – something she said she’s done for the last 16 years in her legal career.

“I’ve always been a fighter,” she said. “I was looking back at my so-called career, and I really do enjoy a challenge.

“I sometimes joke and say I couldn’t make it as a gardener, so I had to become a lawyer. But that kind of profession is one where you have to fight for your client.” 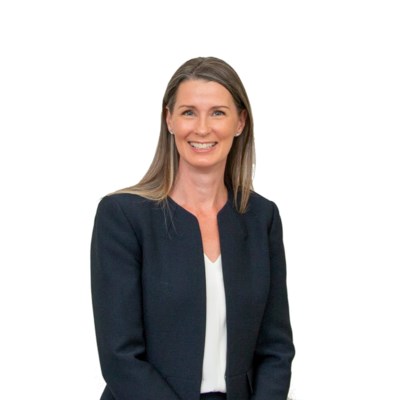 Nadine Wellwood is the People's Party of Canada candidate for Banff-Airdrie. She said concerns about her eight-year-old daughter's future motivated her to enter politics. Photo submitted/For Rocky View Publishing

Cochrane resident Nadine Wellwood, the People’s Party of Canada’s (PPC) candidate for Banff-Airdrie, says concerns about jobs, pipelines and the cost of living are the dominating discussions among Albertans in this election.

“Where we kind of stand out is that we’re the only party that has had the courage to state that we would use the constitution to impose pipelines and get them built,” Wellwood said.

The 47-year-old financial planner and investment manager, who previously worked in aerospace and national defence, said her motivation for entering politics was her eight-year-old daughter.

“I feel I grew up in a different Canada than she will,” she said. “We have traditional parties that have suppressed freedom of speech. They’re manipulating data, had reporters arrested – those are not Canadian ways of doing things and they’re not reflective of Canadian values.

“I feel if any of these parties had done the jobs they were supposed to do, I wouldn’t need to be here. Unfortunately, I feel our political system is broken.”

While support for the new PPC – a right-wing party created in the last year by party leader Maxime Bernier – is only polling at four per cent among voters, Wellwood said the party has a lot to offer as an alternative voice for conservatives. She said the PPC is the only party that offers plans, instead of promises.

“We want to appeal to voters’ intellect, and help them recognize we need to be fiscally responsible,” she said.

“Our entire economy is at risk, which puts the lives of Albertans, in particular, at risk. We need leadership in this country, and leadership sometimes means having to make hard decisions. You’re not going to please everybody, but we need to do what’s right for Canada and Canadians.” 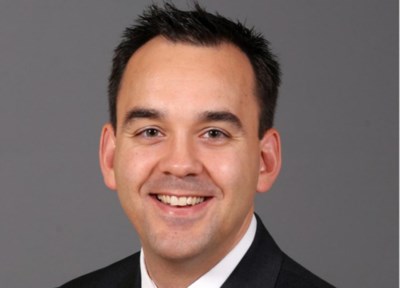 Blake Richards is the Conservative Party candidate for Banff-Airdrie. He is the incumbent candidate, having been the area MP since 2008. File photo/Rocky View Publishing

Incumbent MP Blake Richards is aiming for re-election as the Conservative Party’s candidate in Banff-Airdrie.

Richards, an Airdrie-based politician who has been the area’s MP since 2008, before the constituency was re-drawn in 2015, is running in his fourth election.

“I’ve worked hard for the people of our riding, and I’ve always tried to be their voice in parliament,” he said. “We’ve been able to get results, whether it was in government [or in opposition].”

Richards said he feels the key issue for local voters this election is the need to “get people back to work,” and mentioned the importance of getting pipelines built.

“It’s been a long struggle for a lot of people, especially in the oil and gas sector, and that ripples down to small businesses in our community and other areas in our community,” he said. “We have to…give people the opportunity to earn a living and get ahead ­– it’s about getting people those opportunities back.”

He said fighting the governing Liberal Party’s policies and repealing bills the party has passed in the last four years, such as the carbon tax and Bill C-69, is “critical.”

“It’s crucial we get that and have the opportunity to make these changes,” he said. “It’s the only way to get our community back where it needs to be. The businesses that are struggling to keep their doors open, we want to give them the chance to succeed again.”

As an opposition MP for the last four years, Richards has served as the shadow cabinet minister for small business, export promotion and tourism. He is also a member of parliament’s finance committee.

“I’ve been able to fight back really hard against some of the small business tax changes the liberals were proposing…and stand up for our needs in Alberta,” he said.

“It’s always been about trying to make a difference for the community, and trying to be a good voice for the people I represent.” 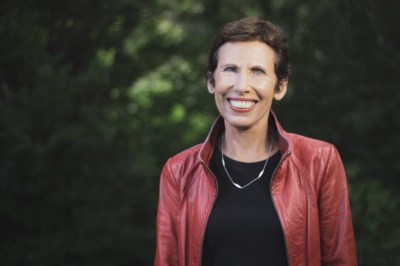 Gwyneth Midgley is the Liberal Party candidate for Banff-Airdrie. The Calgary resident believes the Liberal Party has the most realistic approach for addressing climate change, and the economy. Photo submitted/For Rocky View Publishing

A self-professed life-long activist, Gwyneth Midgley is the Liberal Party’s candidate for Banff-Airdrie.

“I first became interested in environmental concerns when I was a teenager,” she said. “In my 20s, I was involved in social and environmental causes, and I have volunteered for decades with non-profits and community associations.”

She said she believes climate change is the biggest priority of the 2019 federal election, and argued the Liberals have the most practical approach to addressing environmental concerns.

“We’re going to need the oil and gas industry in this province for decades, [so] we have to figure out how we make that an environmentally-sustainable industry,” Midgley said.

“There’s been some criticism we’re not moving fast enough, but quite frankly, we need to have a plan that is bold and ambitious – which the Liberal plan is, with net-zero emissions by 2050 – but we also know how we’re going to get there.”

While other left-leaning parties have also said addressing climate change is a priority, Midgley said other parties are less realistic in their ambitions.

“I believe the NDP and Greens are talking about basically shutting down the oil sands,” she said. “The liberals are not taking that approach. It’s more how we get to net-zero greenhouse gas emissions by 2050, while at the same time, recognizing Alberta is an economic driver and the oil sands…needs to be maintained in a sustainable way.”

She said the government’s purchase of the Trans-Mountain Expansion pipeline-twinning project, along with its promise to plant two billion trees in the next 10 years, if re-elected, demonstrates the Liberals’ desire to balance the environment and the economy.

Midgley, who calls central Calgary home, grew up in Wales and became a Canadian citizen 15 years ago. She also ran for the Liberal party in the 2019 provincial election, in the Banff-Kananaskis riding, and is currently the Alberta Liberal Party’s executive director.

“I care about making the world a better place – it’s what motivates me,” she said. 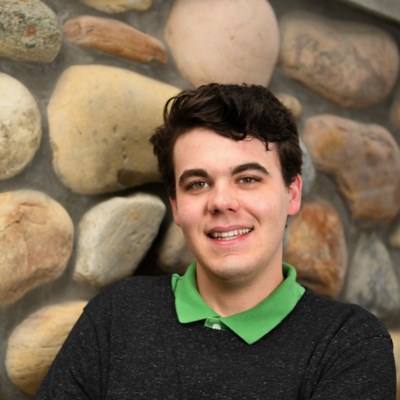 The Green Party candidate for Banff-Airdrie is Austin Mullins, who said the party is committed to properly reconciling with Canada’s First Nations, Métis and Inuit communities.

“We recognize that no plan or platform plank has any merit without including our Indigenous neighbours, from housing, to the economy, to climate change, to queer rights and renewing the social contract,” he said in a Facebook post.

Mullins, who could not be reached for an interview, suggested a Green government would work with Indigenous groups to decide which parts of the Indian Act would be repealed.

“We will respect and honour treaties and consider the United Nations Declaration on the Rights of Indigenous Peoples in every decision we make,” he wrote. “We will fully implement the recommendations of the Truth and Reconciliation Commission and Missing and Murdered Indigenous Women Report.”

He added the party would also “develop a national strategy for housing, clean water, food security and healthcare,” while bringing “justice and dignity back to Indigenous communities like Grassy Narrows.”

If elected MP, his Facebook post said, he would consult with Indigenous groups within the Banff-Airdrie riding, such as the Stoney Nakoda First Nation, in every decision he makes.

The Canmore resident, according to his campaign website, studied political science at Western University in London, Ont., with “additional focus on literature, writing, science, astronomy and women’s issues.” His motivation in running for public office, according to his website, stems from a “passion for economic diversification, LGBTQ+ rights, nature conservation, climate-change action and environmental policy.”

He said a Green government would also invest in the clean energy sector to “ensure our community can grow sustainably.”

His campaign website expressed his desire to improve Canada’s national parks, as well, by “expanding conservation initiatives and investing in park staff and resources.”