After one term on Rocky View County council, Division 4 Councillor Jim Rheubottom, 53, said his work isn’t done. In fact, he says he is just getting started making the changes he desires. He plans to run again in this fall’s municipal election.
Jul 6, 2010 12:00 AM By: Airdrie Today Staff 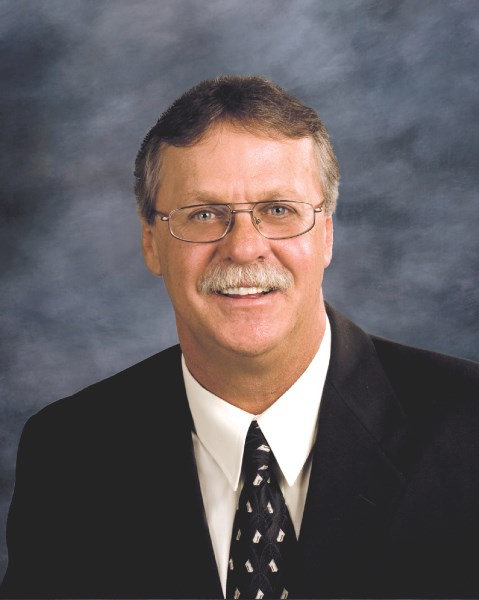 In fact, he says he is just getting started making the changes he desires. He plans to run again in this fall’s municipal election.

Having grown up in a small town, Rheubottom craved a safe, close-knit community in which to raise his kids. He found just what he was looking for in Langdon.

“We made that conscious decision to move out to a small town for our kids,” said Rheubottom. “We are a community of regular people. We all have the same values and we want a safe place to raise our kids and a place we can enjoy.”

According to Rheubottom, Langdon is a community of middle class people, many of whom are blue-collar workers.

Most residents currently commute to Calgary, Strathmore and Chestermere for work, shopping and entertainment because there aren’t a lot of jobs or amenities in the area.

Rheubottom would like to see the region become a more complete community, where people can live, work and play.

“Good, bad or indifferent, I think we (southeast Rocky View) have been ignored,” said Rheubottom. “Rocky View County needs to have more of a presence out there.”

According to Rheubottom, the Langdon area currently has between three and four per cent non-residential development. He would like to see that change to a more balanced approach.

“Division 4 and Langdon in particular should be the poster child for the Growth Management Strategy,” said Rheubottom, adding that his community would benefit from controlling urban sprawl and adding those missing amenities, such as a grocery and hardware store.

Despite his love for his community, Rheubottom is committed to representing all his constituents.

“Langdon is not my only concern,” he said. “I have other communities like Indus and Dalemead, and a large farm community in my division. I have to watch our for their interests as well.”

Rheubottom is particularly proud of the First Parcel Out policy adopted by council, which gives farmers the chance to subdivide on their undeveloped quarter sections.

“It gives them options,” he said.

The councillor is also proud of the GMS, which outlines Rocky View’s vision for long-term growth and planning into the future.

“Growth is the sign of a good economy,” said Rheubottom, adding that without growth, residents won’t have the infrastructure and amenities needed to create a community.

“Without growth there is no sustainability,” he said.

Rheubottom says the GMS provides vision for the County to grow in an intelligent way.

“Before the GMS it was a matter of throwing darts at the map and saying this is where we are going to develop,” said Rheubottom. “For the first time in County history, we have a plan. It is not a perfect plan, but it is the best thing that we have done as a council.”

Council has also adopted multiyear budgeting, which, gives it a much better financial plan, says Rheubottom.

With long-term planning documents in place, Rheubottom says the future is bright.

“Now we have a plan,” he said. “We have some fiscal responsibility. Looking into the future, there is nothing but roses.”

His optimism is due, in part, to the other councillors, who Rheubottom says challenge one another and work well together.

“We have our differences of course, but nothing is personal,” he said.

Although Rheubottom’s background as an architectural technologist, helped him understand technical and planning documents, he had no political background when he was elected.

“I am not a politician,” said Rheubottom. “I am Joe Average trying to deal with this in a common sense way.”

Each day, Rheubottom tries to make himself available to his constituents. It frustrates him when people come to council with the incorrect information, he said.

“Call me, I am available,” he said. “It keeps me better informed and I can give (my constituents) answers.”

Rheubottom says council needs to better communicate with the public. He says council is sometimes accused of making back room deals.

“The only things we don’t talk about openly are personnel and legal issues,” said Rheubottom. “Transparency is important.”