A survey commissioned by the Alberta Association of Optometrists (AAO) revealed Albertans spend more than 10 hours a day looking at a screen, leading to damaging consequences. Dr.
May 25, 2017 12:00 AM By: Airdrie Today Staff 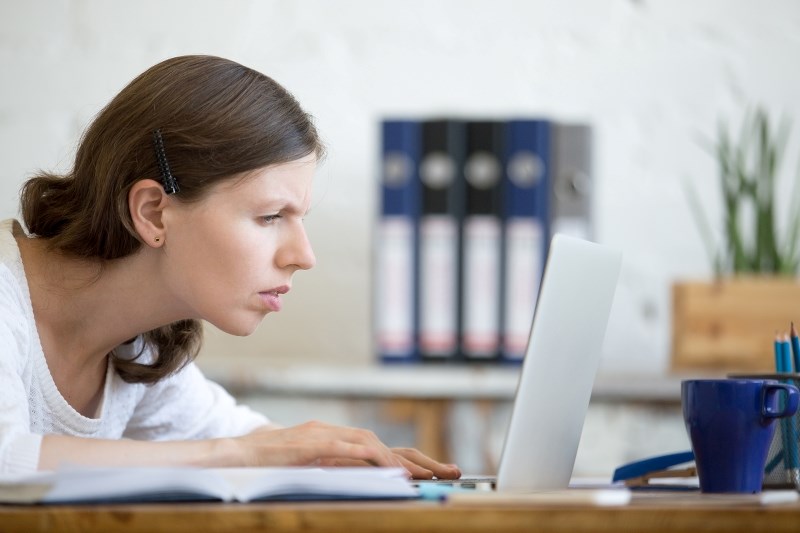 A survey commissioned by the Alberta Association of Optometrists showed more than 70 per cent of Albertans have digital eye strain symptoms, including headaches, blurred vision, dry eyes and neck pain.

A survey commissioned by the Alberta Association of Optometrists (AAO) revealed Albertans spend more than 10 hours a day looking at a screen, leading to damaging consequences.

Dr. Heather Cowie, an optometrist with Airdrie Family Eye Doctors, is working with the AAO to raise awareness about digital eye strain on a local and provincial level.

“I was really, really surprised because the survey, put on by our association, came out that yeah, more than 70 per cent of Albertans have symptoms of digital eye strain,” she said.

The online survey, which ran from April 20 to 21, looked at 804 Albertans over the age of 18. Symptoms of digital eye strain include headaches, dry eyes, blurred vision, eye irritation and back pain.

“I’m seeing it so much more in my clinic. I’ve seen patients of all ages coming in with these symptoms,” Cowie said. “It’s hard to find people that aren’t on a device, whether it’s cellphones or tablets or computers or T.V. screens.”

According to the survey results, more than half of respondents said their phones are the first thing they see when they wake up and the last they see before going to bed.

Cowie said other studies have shown screen use before bed leads to disruptive sleep habits.

The issue boils down to positioning of a device, affecting how much we blink, and blue-light emitted by a screen.

“(Blue-light) is a wavelength of light that we’re finding is most problematic to the physiology of our eyes. It’s also been linked with disrupting our sleep habits,” she said.

“It is a recommendation that for every 20 minutes of use on a digital device, we want our patients to look away for 20 seconds at an object 20 feet away,” Cowie said. “Essentially, take breaks while looking at your device.”

May is Vision Health Month, so the AAO is reminding Albertans regular check-ups provide ways to combat digital eye strain and to catch other serious problems.

Children older than five should have eye exams annually, adults at least every two years and seniors should visit an optometrist once every year according to the AAO. Costs for annual eye exams are covered for children until age 19 and adults 65 and older.

“It’s the way of life now,” Cowie said. “Screens are everywhere and we can’t avoid them, so we just need to work better with them.”