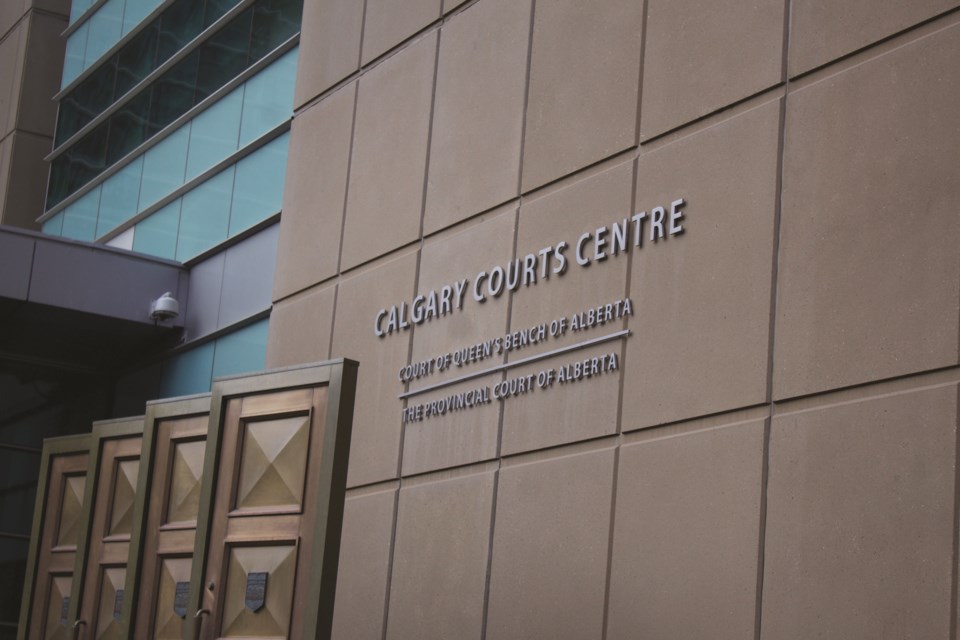 A Calgary court heard graphic facts about an attack that left an Airdrie woman hospitalized in June 2019. Photo by Ben Sherick/Airdrie City View

On Feb. 21, an agreed statement of facts was read by Crown Prosecutor Michael Ewenson and tendered as an exhibit.

According to the statement, Warden’s attacker Collin Dennis Ayorech was released from custody May 24, 2019, in connection to a December 2018 attack on Warden. She and Ayorech had been in a relationship for approximately two years, with multiple instances of domestic violence.

One of the conditions of Ayorech’s release was that he have no contact with Warden or her son, Kyle. Despite this, a police investigation found the two had “been together at her residence for a couple of days,” according to the statement.

The night of the attack, Warden and Ayorech went to a liquor store near her Willowbrook Road apartment to purchase rum and wine, before returning to her bedroom where they began drinking the alcohol, read the court document. The two began arguing, and Ayorech picked up a sword that was lying on a bench in Warden’s room.

“She was sitting on the bed and he used two hands to hit her with the sword multiple times,” the statement stated. “He hit her right shoulder causing a deep and long laceration and continued hitting her, cutting her breast, ear and face, leg, abdomen and severed two fingers on her right hand and one on her left.”

Ayorech then used lighter fluid and a Zippo lighter to set the mattress on fire.

According to the statement, he then told Warden, “You know what we have to do now.” Warden agreed to go into the closet if Ayorech ensured her son got out of the apartment.

Warden, who was bleeding profusely, lost consciousness and later woke up to fire sprinklers activating. She crawled to her apartment door where she called for Kyle.

Ayorech was arrested the night of the attack. A press release from Airdrie RCMP, stated he was charged with attempted murder and arson, along with other counts. Ayorech’s lawyer, Rebecca Snukal, confirmed he plead guilty in December 2019 to aggravated assault, arson and breaching a no-contact order.

According to Snukal, a court-ordered psychological assessment determined Ayorech did not meet the criteria to be found not criminally responsible by reason of mental disorder. Snukal said she ordered the assessment because her client had no recollection of the attack.

Ayorech is scheduled to appear in court Feb. 28, at which time a date will be set for sentencing.

Warden, who continues to undergo medical treatment and physiotherapy for the injuries sustained in the attack, said she was not notified of the court date and therefore did not attend the hearing. She added she was disappointed she did not get the opportunity to attend.

“It makes you feel like you lose a certain say in what’s going on with you,” she said.

Still, Warden said she is relieved the case is coming to a close and is awaiting the outcome of sentencing.