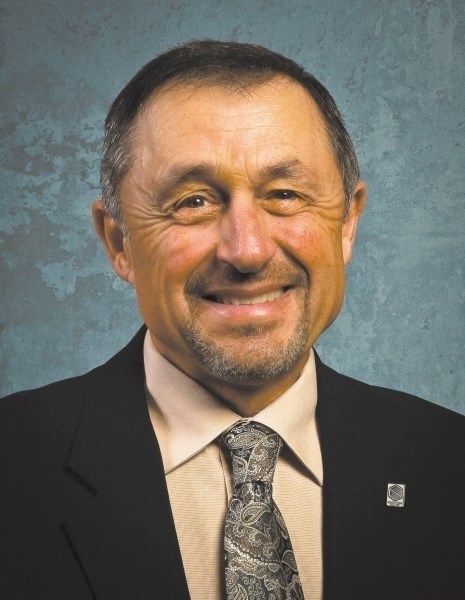 While council voted to take no further action regarding RVC Reeve Greg Boehlke’s use of the word “corrupt” in a previous Rocky View Weekly article, some councillors were hoping to see a retraction of the statement.

Concerns over Rocky View County (RVC) Reeve Greg Boehlke’s use of the word “corrupt” in a Feb. 2 issue of Rocky View Weekly were addressed by council March 8, following a notice of motion put forward by Councillor Jerry Arshinoff calling for Boehlke to report any evidence or suspicion of possible corrupt matters or individuals to the RCMP.

Arshinoff’s motion came about after Boehlke was quoted stating that “certain people are corrupt, and if they are corrupt, a code of conduct doesn’t stop them. We see that every Tuesday.”

“We are passionate human beings, and I am guilty of that,” said Boehlke in a statement before the item was presented to council March 8. “We may stumble from time to time in adhering to the code (of conduct), and when we do it’s important to learn and improve. I have expressed my regret about this, and once again I will apologize for any offense I may have caused.”

Boehlke requested Arshinoff accept the apology and withdraw his original notice of motion, but Arshinoff said since the comment was made to the public, there may still be members of the public who believe there is corruption within RVC – a “huge, huge problem,” he said.

“Saying you are dedicated to the code of conduct still is not, ‘I’m sorry I insinuated this council is corrupt,’” Councillor Margaret Bahcheli said. “But I don’t need an apology, I need a retraction. This is about council and how council is being portrayed in the media, and it deserves what any other organization would do.”

Councillor Lois Habberfield asked for clarification on the discussion, since the original notice of motion mentioned nothing about a retraction and instead directed Boehlke to “report evidence as needed.”

“If (Boehlke) feels there is nothing to be reported, then he has nothing to report,” she said. “I don’t understand what the real intent of the motion is, unless it is simply to deal with a poor selection of words by the Reeve.”

By a vote of 8-1, council passed administration’s recommended motion that no further action be taken on the item, with Arshinoff in opposition.

A motion arising was put forward by Bahcheli requesting Boehlke “retract” his use of the word “corrupt,” but her motion was defeated by a vote of 3-6 – with Bahcheli, Arshinoff and Councillor Liz Breakey voting in favour.

“I’ve been known to misspeak from time to time, usually inadvertently, and whether it was a choice of words or not, I was hoping for a public statement, be it an apology or a retraction,” Breakey said.