A controversial compost facility east of Airdrie has been tagged with a fine for more than $1 million from Alberta Environment and Parks (AEP).
Oct 5, 2020 7:00 AM By: Jordan Stricker 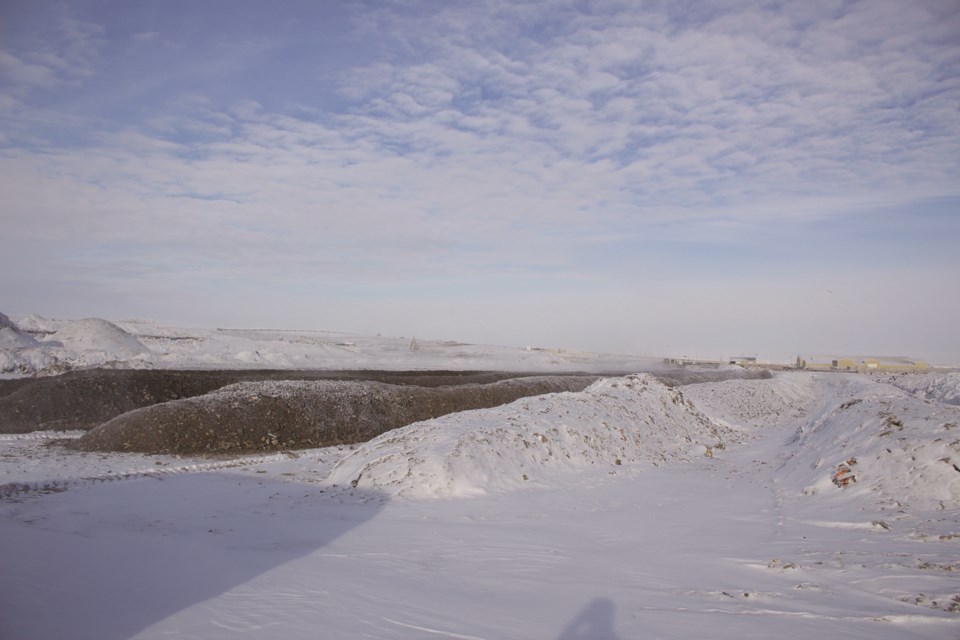 Thorlakson Nature's Call received a fine of approximately $1.4 million for accepting more than two and a half times its allowable waste. Alberta Environment and Parks said the fine is equal to the amount of money the operation benefited in dumping fees. File Photo/Rocky View Weekly

A controversial compost facility east of Airdrie has been tagged with a fine for more than $1 million from Alberta Environment and Parks (AEP).

According to Jennifer Dagsvik, assistant director with AEP communications and public engagement, the ministry issued fines to Thorlakson Nature’s Call (TNC) following an investigation in February. AEP found TNC had committed five violations of the Code of Practice for Compost Facilities and slapped them with a $17,000 fine.

“In December 2018, in response to public complaints, AEP did a compliance inspection on TNC’s composting facility in Airdrie,” Dagsvik said. “The inspection identified that TNC had accepted more than two and half times their allowable waste.”

TNC appealed AEP’s decision in July. Dagsvik said the issue went to mediation but no settlement was reached. TNC is now scheduled to have an appeal heard by the Environment Appeals Board Nov. 4.

Keith Wilson, the lawyer heading the appeal on behalf of TNC, said, “If AEP was looking to discourage the development of composting in Alberta, it has succeeded.”

“This is a completely excessive fine that AEP is seeking,” Wilson said. “AEP has forgotten about its job of protecting the environment in my view. It has become focused on punishing people.”

Wilson, a litigator with Wilson Law Office who has dealt with cases involving land, environment, oil and gas and water compensation for more than 25 years, said he has never seen anything like what TNC is currently facing.

“The reality is, TNC was trying to provide a service to the community by supporting curbside organic recycling,” he said.

According to Wilson, TNC has spent hundreds of thousands of dollars on the regulatory process with AEP. He added TNC understands taking in more tonnage was wrong.

TNC has been a source of controversy in the past, dating as far back as 2010 when nearby residents in Rocky View County (RVC) opposed approvals allowing TNC to accept 20,000 metric tonnes of organic waste a year.

In 2018, when TNC sought a land redesignation to allow its existing operation to continue, neighbouring landowners described a “disgusting stench” emanating from the existing compost operation. RVC council approved the redesignation but added strict guidelines. When those guidelines weren’t met, RVC applied fines to the facility in March 2019, enforcing compliance measures against TNC due to operating without a development permit.

In June 2019, RVC council denied an application by TNC for a development permit. Council instructed the operation to immediately cease accepting new composting material and to conduct a complete site clean up within 90 days.

TNC has since been granted two extensions to complete the cleanup.

Before being shut down, TNC accepted organic waste material from both Airdrie and RVC’s green cart programs.

- With files from Ben Sherick