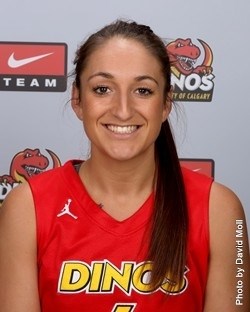 Kristie Sheils (left) a point guard with the University of Calgary Dinos women’s basketball team, has been charged with child sexual exploitation after an investigation by Airdrie RCMP.