Airdrie-East MLA Angela Pitt has removed herself from a national coalition that opposes government-mandated lockdowns related to the COVID-19 pandemic, after another member compared Canada’s measures to Nazi Germany.
Apr 6, 2021 4:00 PM By: Jordan Stricker 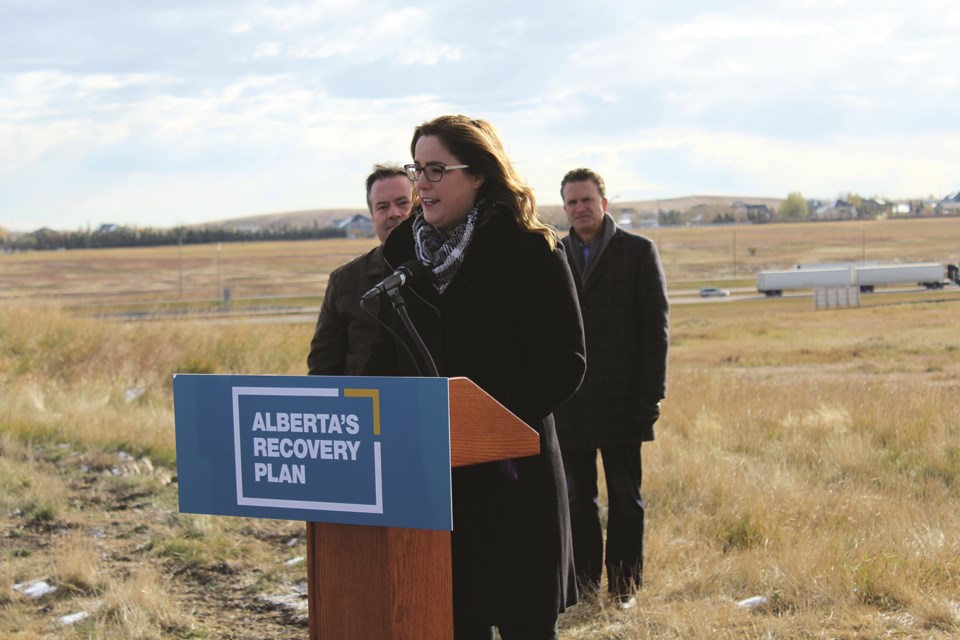 Airdrie-East MLA Angela Pitt announced her withdrawal from the End the Lockdowns Caucus after another member posted a contreversial tweet that involved Adolf Hitler. Photo by Scott Strasser/Airdrie City View

Airdrie-East MLA Angela Pitt has removed herself from a national coalition that opposes government-mandated lockdowns related to the COVID-19 pandemic, after another member compared Canada’s measures to Nazi Germany.

Pitt’s withdrawal from the “End the Lockdowns” caucus came swiftly and publicly after independent Ontario MPP Randy Hillier, who is a member of the caucus, posted a photo on Twitter that compared Adolf Hitler’s regime with measures implemented by the Ontario government. Hillier’s post compared the third wave of the pandemic with Nazi Germany’s “Third Reich.”

“The third wave … everyone who has ever been to the sea, knows there is no end to the waves,” Hillier wrote on Twitter after a 28-day lockdown was announced in Ontario. “It’s only 28 days this time. Truth does not mind being questioned, lies do not like to be challenged.”

Pitt then quoted the Tweet and scolded Hillier for his controversial stance.

“No Randy, it’s outrageous to compare governments today to Nazi Germany, who deliberately murdered millions of innocents,” she said. “This comparison trivializes the crimes of Hitler. I will not be associated with this. I’ve notified the End the Lockdown Caucus of my immediate withdrawal.”

“Looks like all those who support and promote tyranny, lockdowns, ending democracy and the importation of authoritarian measures don’t like this meme,” he said. “How ironic – past time to call out those who are destroying our great country and defend our freedoms.”

Pitt initially joined the End the Lockdowns caucus in February – a decision that garnered mixed reviews in Alberta as it directly went against her own government’s response to the pandemic.

“I’ve been hearing pretty loud and clear from business owners in our community that aren’t able to operate their businesses, and they don’t even know why,” she said in a previous interview with the Airdrie City View. “That is hugely problematic for people in this constituency. It’s not fair to have businesses closed where it doesn’t appear to make sense. We need to make sure we are moving forward in truth as governments make these decisions.”

The End the Lockdowns national caucus is part of a group called Liberty Coalition Canada (LCC). According to LCC's website, the focus of the coalition is centred on “seek[ing] to provide formal challenges to current COVID-19 policies" with an emphasis on challenging governments' use of province-wide lockdowns and stay-at-home orders to combat the spread of COVID-19.

“To be very clear, I still do not support lockdowns and I will continue to stand up for my constituents against measures that don’t make sense,” Pitt said in a Twitter post after her confrontation with Hillier. “Transparency and open, honest debate are always necessary, especially around government’s COVID-19 restrictions.”

The LCC’s site also stated the caucus was formed in response to what it claims are “unprecedented mass violations of Canadian’s Charter Rights from government across the country.” Other politicians who have joined the caucus include Rocky View County councillor and former reeve Greg Boehlke, Cypress-Medicine Hat MLA Drew Barnes and Maxime Bernier, the leader of the People’s Party of Canada.