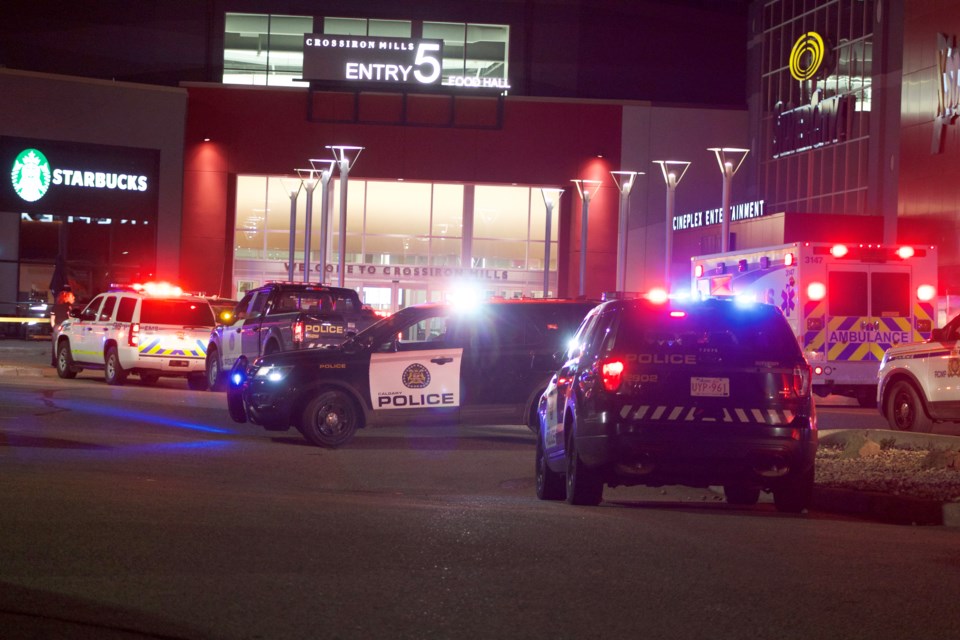 Police have released more details about the fourth man arrested in relation to the Sept. 16 shooting at CrossIron Mills mall.

"Information was shared amongst the two crime reduction units, and the CAD CRU was able to locate Caseley in the company of two other males," the release stated. "All three were arrested without incident in downtown Edmonton."

According to police, the three men were in possession of a stolen vehicle at the time of the arrests.

"Subsequent searches of the males and the stolen vehicle led the RCMP to seize a significant quantity of cash, a substance believed to be methamphetamine, three loaded handguns, break and enter instruments and a quantity of stolen and/or fraudulently obtained identification, credit cards and other property," the Nov. 29 release stated.

One of the handguns seized, police said, was determined to have been stolen from Ontario. All three males were subject to firearms prohibitions as well as on probation orders and/or recognizances.

"As a result of these arrests 81 new criminal charges have been laid and four warrants were executed against Alan Ray McAbee, 39; Justin Cecil Scott, 34; and Caseley," the release stated. "The criminal charges include multiple possession of stolen property charges, as well as multiple charges for firearms offences."

A judicial interim release hearing has been held for all three accused, according to RCMP. They remain in custody with a court date scheduled for Dec. 9 in Edmonton. Caseley also has an appearance set for Dec. 11 in Airdrie Provincial Court.

“Nothing good can come from loaded guns being in the wrong hands” said Staff Sergeant Gary Hollender, acting operations officer for Central Alberta District, in  the release. “Our CRU mandate is to continue to target the interruption of criminal activity in an effort to reduce crime.”

At around 7 p.m. Sept. 16 Airdrie RCMP and Calgary Police Service (CPS) responded to a report of an active shooter at the mall that left one man with serious but non-life threatening injuries. Upon arrival at the facility, it was determined the shooting occurred in the parking lot near the food court. The suspects fled the scene.