Like many events in 2020, the 40th annual Terry Fox Run has shifted to being a virtual event. “This is such a good way to give back,” said Kyla Van Leeuwen, organizer of the Airdrie Terry Fox Run.
Sep 14, 2020 11:00 AM By: Jordan Stricker 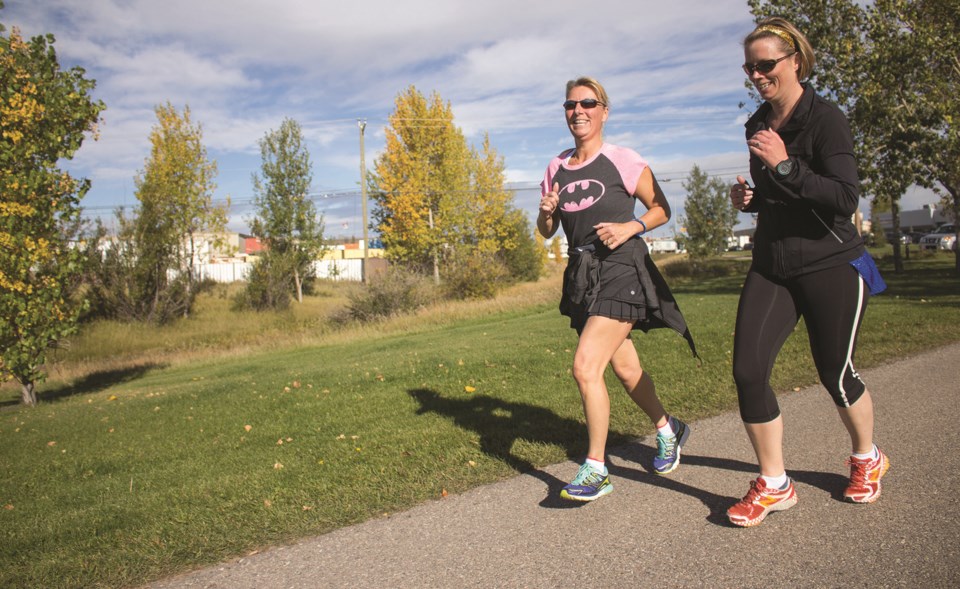 With COVID-19 curtailing many events in 2020, The Terry Fox Run will be a virtual event to carry on the annual run and celebrate the 40th anniversary. File Photo/Airdrie City View

Like many events in 2020, the 40th annual Terry Fox Run has shifted to being a virtual event.

“This is such a good way to give back,” said Kyla Van Leeuwen, organizer of the Airdrie Terry Fox Run. “The Terry Fox Foundation (TFF) does such a good job of using the money for different things. They do such a great job with communities.”

According to terryfox.org, The Terry Fox Run first took place Sept. 2, 1980. The runs happen annually to commemorate Terry Fox’s Marathon of Hope, an attempt to run across Canada in the name of cancer research. Fox spent 143 days running and travelled nearly 5,400 kilometres on one leg to raise awareness. As of April 2020, the TFF has raised over $800 million for cancer research.

In light of the COVID-19 pandemic, Van Leeuwen said organizers were forced to adjust this year’s run, which is slated for Sept. 20. The local event will be similar to previous years, she said, with the notable difference of participants running by themselves instead of in groups.

“It was decided by the end of April this year would be a virtual event to ensure everyone’s safety,” Van Leeuwen said.

The decision was somewhat disappointing, Van Leeuwen said, because the 40th anniversary was set to be a major event for participants. Van Leeuwen – who has organized the Airdrie run for the past four years – said although the COVID-19 pandemic has forced the event to adjust, people are still receptive to the idea of a virtual run.

“The people who come every year are still going to participate,” Van Leeuwen said. “It is pretty cool to hear people’s new ideas for fundraising – ways of doing it while still being safe. You get to be a little more creative.”

As of Sept. 9, 19 runners have registered for the Airdrie run, which has a fundraising goal of $7,500. Van Leeuwen said many people register the day of the event.

"This is such a unique year," she said. "I hope we can reach our goal financially, but we are more looking at having a lot of participation to celebrate 40 years," Van Leeuwen said.

One thing that will contribute to the success of this year’s Terry Fox run is the Move Spring app, she said. After registering for the run, people can use the app to track their progress, complete challenges and stay up to date with other participants.

Van Leeuwen said an interactive map available at terryfox.org/find-a-run-site/ that shows participants and current provincial donation amounts across Canada is another way people can feel connected to other runners.

To commemorate the event, Van Leeuwen said there is also 40th-anniversary merchandise released by ADIDAS, two new Terry Fox books and new T-shirts that are available for purchase, with proceeds being donated to support cancer research.