While every day is an important day to raise awareness about diabetes – which affects one in three Canadians – the month of November gives Canadians a chance to get more familiar with the disease.
Nov 23, 2020 4:00 PM By: Jordan Stricker 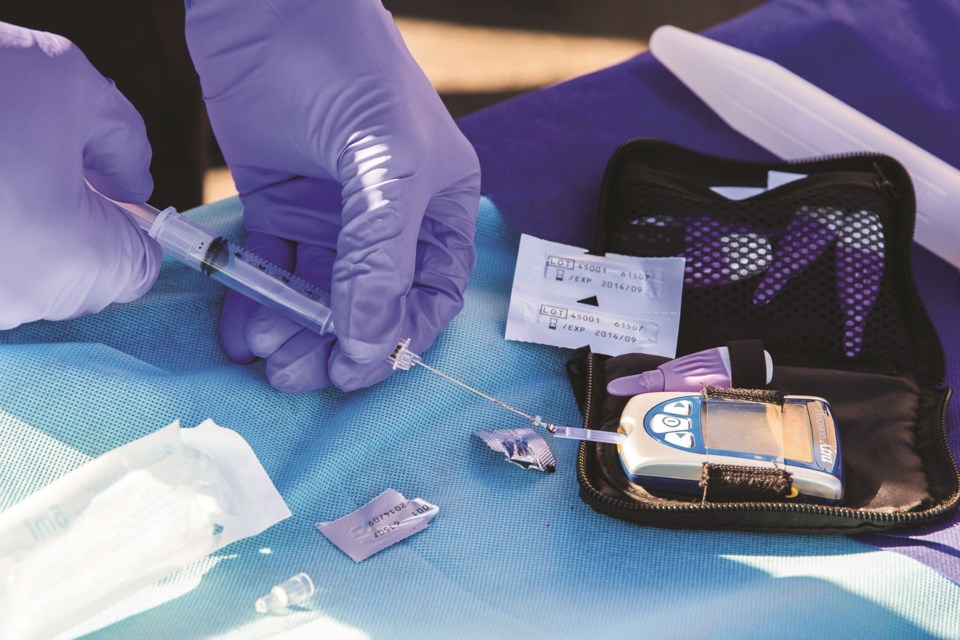 In Canada, the month of November is used to raise awareness about diabetes, a disease that affects 1.2 million Albertans. Photo by Matt Chesin/Unsplash

While every day is an important day to raise awareness about diabetes – which affects one in three Canadians – the month of November offers a chance to get more familiar with the disease.

“It is something well known but it’s not known well,” said Laura Syron, CEO and president of Diabetes Canada. “Having an awareness month is so important because it allows us to shine a spotlight around the disease.”

“If you don’t take care of that, you have a 50 per cent chance of going on to get diabetes,” she said. “You never get a vacation from diabetes once you have it.”

Syron said 11.5 million Canadians live with diabetes. She added focusing on diabetes during the month of November gives people the time to reflect and understand the importance of the matter.

“This is a serious disease that has consequences,” she said. “If you don’t take it seriously, you are at a much greater risk of the complications.”

Genetics, behaviour, environment and ethnicity can be major factors in terms of diabetes, Syron said.

“If you are South Asian, Indigenous, African, Arab or Hispanic, we are not sure why, but you are higher risk,” she said. “We think it may be genetic, but science is still working on that.”

Syron said anyone over the age of 40 should talk to a family doctor about screening and diabetes prevention. She added if diabetes runs in the family, it would be beneficial to look into it sooner. Additionally, she said screening should take place every three years.

“A doctor will take your blood pressure, check your weight and simple blood tests,” Syron said. “They will measure your blood sugar and check your cholesterol.”

According to Syron, as blood sugar begins to rise, it becomes more likely a person will hit pre-diabetic level, which is why it becomes important to screen every three years. Additionally, managing your diet and implementing an exercise routine will help your body operate better.

“The more you keep things steady, the less pressure you put on the insulin needs in your body,” she said.

Syron noted there have been some exciting developments in diabetes research from the University of Alberta.

“In mice, they were actually able to cure diabetes,” she said. “It is in the early days, but obviously this is hugely exciting. Albertans should be very proud.”

Syron said 2021 will mark the hundredth anniversary of the discovery of insulin.

“How wonderful, that 100 years later we might even be starting to see the ability for modern medicine to cure it,” she said. “We can’t wait another 100 years to end diabetes.”