Airdrie-based makeup artist Sarika Mehta will represent the city on a national stage this summer, when she competes at the 2021 Canada Galaxy Pageants.
Jan 12, 2021 1:00 PM By: Jordan Stricker 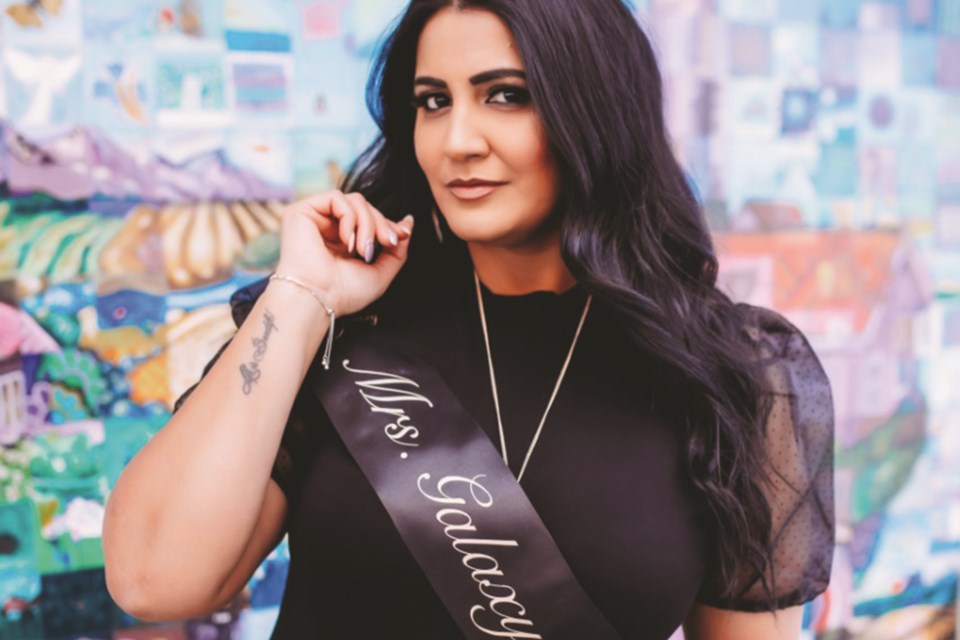 local makeup artist Sarika Mehta is preparing for her first pageant as a competitor. The pageant will take place in August, in Toronto. Photo by Amy Khtlan/Photography Airdrie

Airdrie-based makeup artist Sarika Mehta will represent the city on a national stage this summer, when she competes at the 2021 Canada Galaxy Pageants.

Mehta has been a makeup artist in the area for the last five years. She initially thought when she was chosen that she was being contacted to do makeup for the pageant. As an artist whose cosmetics work has been published more than 50 times in various publications, makeup in pageants is something she has become familiar with.

“I thought pageants meant you needed to have the beautiful figure and all of that,” she said. “They told me they wanted me because of my personality, which I think was an achievement for me.”

The pageant, according to its website canadagalaxypageants.com, consists of a competition that focuses on five areas. Judging will pertain to each contestant’s photogenic qualities and interview strength, as well as their swimwear, fashion wear and evening gown.

Mehta, who will be known as Mrs. Galaxy Airdrie in the competition, will compete against 18 other contestants in the “Mrs.” category, which is open to married women who are 20 years old or older. The pageant is set to take place in Toronto this August, pending the status of the COVID-19 pandemic.

Mehta said an important part of participating in the pageant is the ability to empower women everywhere.

“For that little girl who is looking for encouragement, or women who may be insecure about what they hope to achieve, I want them to look in a mirror and take the fear out,” she said. “Every woman has that power and a positive message to deliver. Sometimes, people are a little shy to come out of their comfort zone.”

Mehta said she is excited to represent Airdrie in the upcoming pageant, adding she has been an active volunteer for organizations like the Airdrie Food Bank and enjoys calling the city home.

“We volunteer like crazy,” she said. “Anyone who comes to my house, I have an open-door policy. We are here as a part of the community [and] we want to spread that love around Airdrie.”

The nerves are still high, Mehta admitted, as she continues to prepare for the pageant.

“That is a pressure on me,” she said. “This is a big platform, I am still preparing, and I am very nervous, this being my first time. I am really trying to enjoy the process.”

In order to help finance the pageant run, Mehta is also looking to secure sponsors that she said will also help the community. She added she is working to help the Volunteer Airdrie Society increase from its current 1,000 volunteers to 10,000.

“If sponsors are interested in getting their names out on a national level, I would love to accommodate that,” she said. “The money will go to help the Airdrie Food Bank and Volunteer Airdrie – I want everyone to know they exist.”

For more information on how to get involved with Mehta’s journey, visit canadagalaxypageants.com/mrsairdrie.