In an effort to encourage active living in the community, the Langdon OK (Older Kids) Club is sponsoring the second annual Langdon Walk/Run.
Jun 5, 2018 12:01 AM By: Jessi Gowan 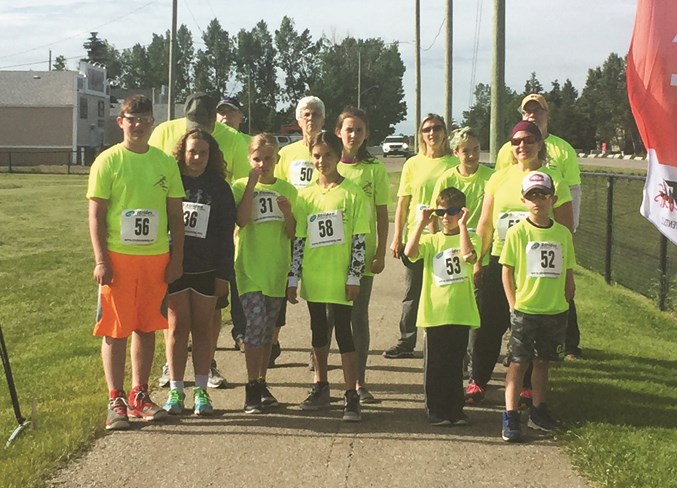 The second annual Langdon Walk/Run, sponsored by the Langdon OK (Older Kids) Club, gives participants the opportunity to enjoy some outdoor exercise while helping to support a worthy cause June 10.

In an effort to encourage active living in the community, the Langdon OK (Older Kids) Club is sponsoring the second annual Langdon Walk/Run.

The June 10 event offers three race distances to suit a variety of fitness levels, including a one kilometre (km), five km and 10 km, beginning at staggered start times. According to Corrie Carrobourg, who is helping organize the event in conjunction with the OK Club, each will start and finish near the Fieldhouse at Langdon Park.

“We’re trying to help people in the community be more healthy and active, with an initiative through the (Calgary Rural) Primary Care Network,” Carrobourg said.

“This fell under that, and just kind of made sense that we would spend our time and energy putting a race together.”

Last year’s event attracted more than 50 participants, and Carrobourg said the group is hoping to get more people out for the second year. So far, he said, more than 40 people have registered to walk or run in the race.

“Building the participant numbers right now, for us, is our big priority,” he said.

“With all the effort it takes to put this event together, it’s nice to know that there is a market for it and that people are receiving it well.”

According to Carrobourg, the event is a perfect complement to the recreational activities provided by the Langdon OK Club – a group for seniors that started more than two years ago. The group began unofficially with indoor exercise activities before expanding to a more formal format with regularly scheduled events.

“They do potluck dinners once a month, and group activities usually twice a week,” Carrobourg said. “They’re also very involved in other community activities, as well, helping out other groups. They have a little bit more free time on their hands than lots of other people do, so we like keeping them engaged as much as we can.”

The Langdon Walk/Run, Carrobourg said, is just another opportunity for people in the community to get out and enjoy the outdoors, while supporting a good cause. Proceeds from the event will go toward putting on next year’s race, and extra funds will be used by the OK Club for the various activities it offers year-round.

“We’re trying to show people that there are all kinds of options out there, as far as recreational activities – this is just one of them,” Carrobourg said. “There’s also an important relationship-development, social interaction component that comes with activities like this, where you see a lot of familiar faces and have the chance to engage with each other and develop more positive connections.”

Online registration for the Langdon Walk/Run is open until June 9. Visit raceroster.com and search for “Langdon Walk Run” for more information, or to sign up.