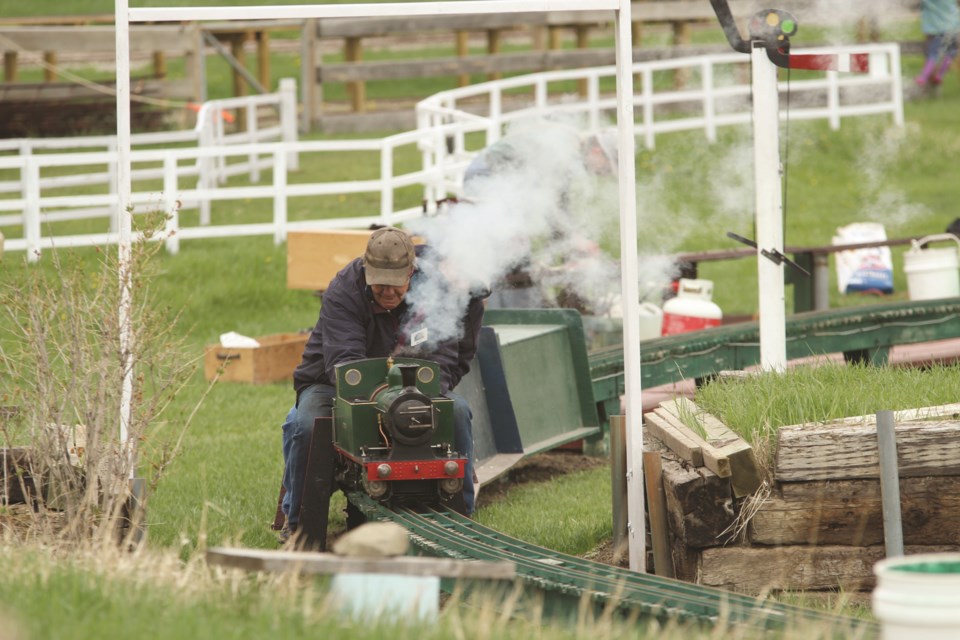 The child-friendly theme park – located just off 8 Street – opened for the first time this year Aug. 2, with new health and safety protocols in place to help prevent the spread of COVID-19.

“People are very happy that we’re back,” said Ray Verdone, the park’s president.

Although the first day wasn’t very busy, he said this allowed staff and visitors to adjust to the new guidelines.

“That gave us a really good chance to practice all of our procedures that we put in place because of COVID,” Verdone said. “We’re quite happy with the way it turned out.”

The park’s new health and safety measures included placing two-metre markers where visitors should stand in line, hand sanitizing before boarding the train, extended bars that separate the train cars and sanitizing the train after each ride.

“Usually they’re eight-inch bars that separate the cars, but now they’ve been extended to 24 inches,” Verdone said. “The seats are marked off with blue painters tape to show where people sit, and we make sure everybody sits properly, so there’s [social] distance when the train is moving.”

With five cars per train, Verdone explained they could fit a maximum of 25 people on each ride. However, that number is based on each car shared by a family that does not have to socially distance.

“If there’s only one person whose alone and not part of another group, they get their own car because we’re not going to mix the bubbles,” he said. “We still guarantee the six-foot distancing on the train cars.”

All crew members wear masks, he said, and all passengers 14 or older must also wear a mask.

Though the park has reopened, certain areas like the playground and picnic tables remain closed.

“We have a series of pathways...which we shut down because it was too much for us to try and manage people’s behaviour,” he said. “Alberta Health Services (AHS) has said barbecuing invites too much food sharing, so [AHS] asked us not to do barbecues.”

However, the park is still available for outdoor birthday parties with a maximum of 30 people and specific AHS guidelines found at ironhorsepark.net. The public bathrooms are also open and sanitized regularly, he said.

While the late-season start was successful, Verdone said deciding to reopen required considerable thought, especially with seniors making up the majority of volunteers at the park. Ultimately, finances prompted their decision to open.

“We’re a non-profit organization, but we still need to pay our insurance bills, utilities, and lawn mowing,” he said.

Verdone said the park reopened with the caveat that if any of the volunteers started to feel uncomfortable, they would close.

Iron Horse Park is open Sundays from 11 a.m. to 4 p.m. After a good start to the season, Verdone said he looks forward to seeing how the park fares in the coming weeks.

“Week one was great. We hope week two will continue to be great,” he said. “But safety is the first principle we adhere to. If something doesn’t feel safe, if the Alberta [COVID-19] numbers start shooting up...we’re ready to pull the plug.”