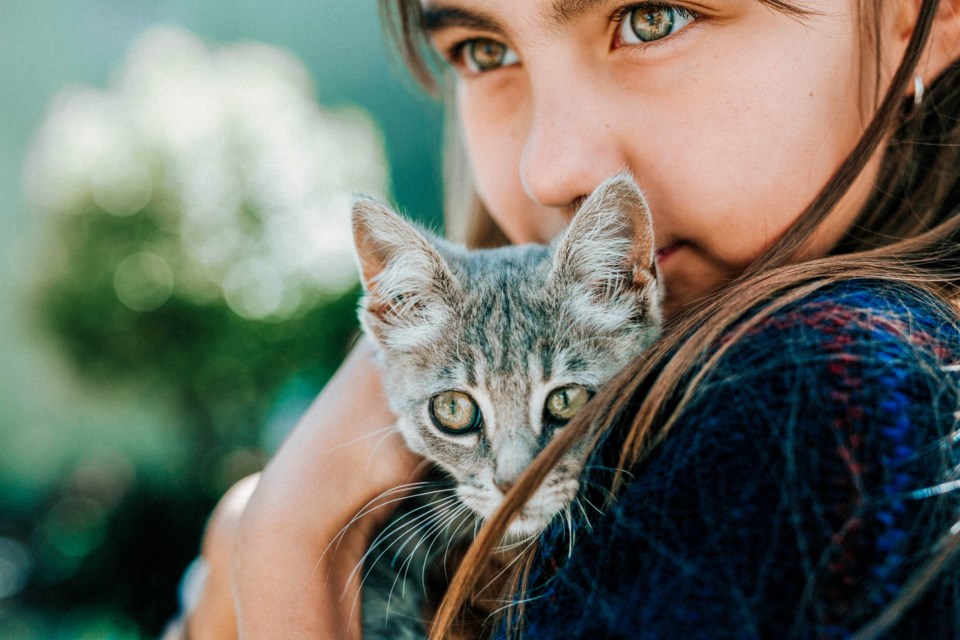 Tails to Tell Animal Rescue Shelter, located in Crossfield, is inviting children to come read to the feline residents May 26 as part of its Tails to Tell Reading Buddies program. Photo: Metro Creative Connection

Tails to Tell Animal Rescue Shelter in Crossfield is trying something new with the Reading Buddies program. The animal rescue organization is inviting kids to the shelter to read to the cats May 26, to help children improve their literacy skills while giving the cats some much-needed attention.

According to Jackson, the idea for the program came from one of the organization’s volunteers, who saw shelters in the United States doing these types of reading sessions. She said she realized no similar program exists in the area and thought it would work well at the communal shelter, where the cats are given more freedom to roam.

“They're going to read to the cats for roughly an hour, and that way, the cats can sit on their laps or they can pet them,” Jackson said.

Currently the shelter is home to more than 85 cats, not including animals in foster homes.

Jackson said with the high number of feline occupants, the volunteers don’t always have time to snuggle each cat throughout the day. She added the program will provide an opportunity to give the animals more attention.

“We clean, we feed and we do laundry. And in between times, if a cat happens to walk by, we will bend over and give it a quick snuggle,” Jackson said.

Children are encouraged to bring a few books of their choosing, and Jackson said there will be various “nooks and crannies” available where kids can cuddle with and read to the cats.

The program’s initial trial will take place May 26, between noon and 1 p.m. As this will be the shelter’s first time hosting the program, according to Jackson, spots are very limited.

Only six spots have been made available, she said, at $5 each on a first-come, first-served basis. Sessions can be pre-booked by calling the shelter at 403-946-0400. According to Jackson, parents must agree to sign a “waiver and release of liability, as well as a chaperone agreement prior to their session.” She added children must be under the supervision of a parent.

“Hopefully, this takes off like a shot, and then we can do it a couple of times a week. We want to help the kids, as well as the cats,” Jackson said.

Tails to Tell is a not-for-profit, no-kill animal shelter and is operated solely by volunteers and through donations.