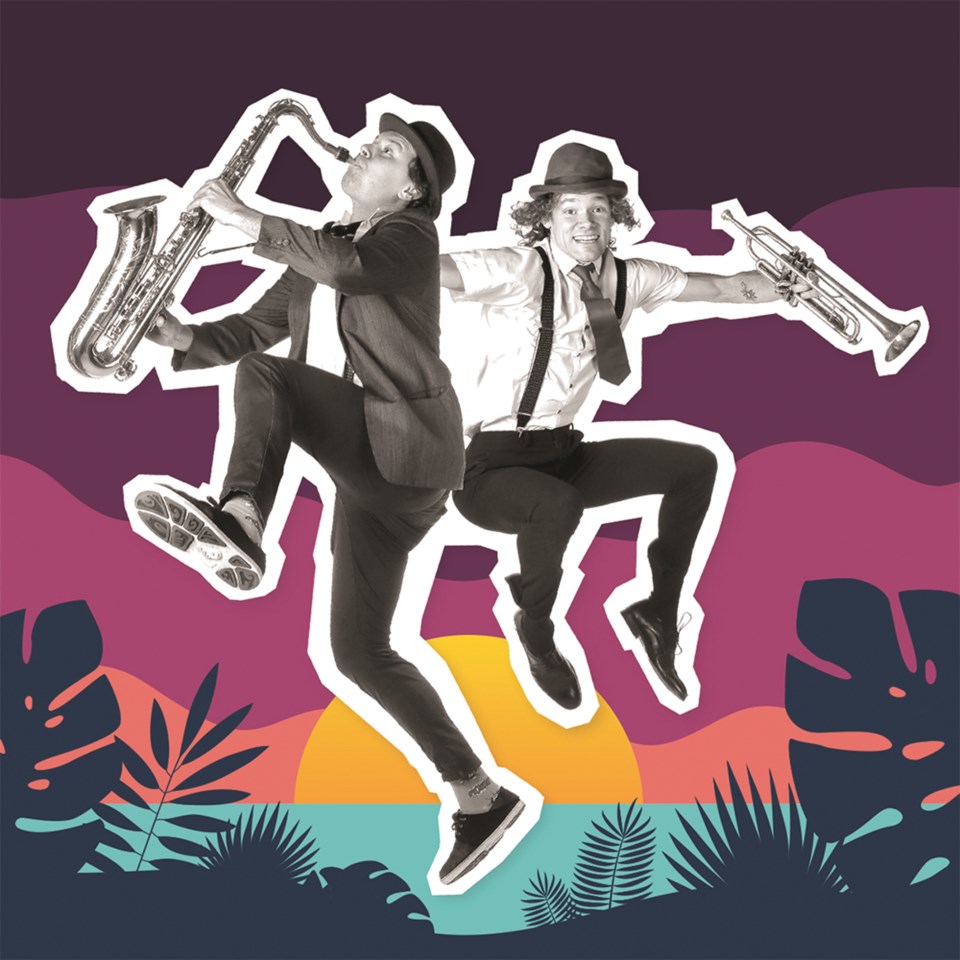 Bert Church LIVE Theatre (BCLT) has termed February “Jazz Month,” and will kick things off with a show designed to help young and old fall in love with the genre.

“What we’re doing is introducing a genre of music that might be perceived a certain way by people,” said band leader Tim Sars. “We introduce it as really fun with a lot of audience participation.”

Sars said he believes a lot of people aren’t exposed to jazz, and therefore have a misperception that it is boring or simply “background music.” Through the show, he hopes to instill an appreciation for the genre by highlighting both its musical thrills and its historical and social importance as an art form created by slaves in the United States.

“We really introduce the bluesy-jazz roots from New Orleans and how that is the birthplace of the music,” he said.

Sars – a wind player who performs on saxophones and the flute in the show – is joined by his brother Nathan Barrett, who covers off the brass instruments – trumpet, trombone and sousaphone.

“I think part of the magic of the show is that you’ve got a really good dynamic between me and my brother,” Sars said. “Between him and his theatre background, and then my music background – it’s just a really fun show. Really, really high energy, and we play off each other really well.”

Along with Sars and Barrett, the Tiny Island quartet features Wynston Minckler, a bassist who has played with Sars for more than a decade.

“He’s probably one of the hardest working musicians in Vancouver,” Sars said.

Rounding out the quartet is Nick James on the drum kit, who Sars said brings a certain energy to the group due to his own musical background.

“He’s a wonderful musician,” Sars said. “He hasn’t been playing jazz for as long as Winston and I and Nathan. He was a heavy metal drummer for a really long time.”

The show is very interactive, Sars said, and involves lots of audience clapping, singing along and even dancing. It is particularly geared towards children, with Sars hoping to spark their imaginations. According to him, children will likely be familiar with the instruments used in the show due to their school’s music programs, and he hopes to inspire them to delve deeper into their musical capabilities.

“They might not realize the possibility of how funky their band instruments can be while they’re sitting there playing pretty straightforward arrangements,” he said.

Sars added adults will also enjoy the show, and hopefully gain a deeper appreciation for a musical form that has reverberated through history and continues to influence the popular music of today – particularly hip-hop.

“It’s a pretty exciting endeavour to find linkages between funky music, or all sorts of stuff that’s happening in the present, and how it’s actually related to music that was created 100 or even 150 years ago in the deep south,” he said.

Tickets for Jazzology – Family Series are available by searching “Jazzology” on ticketpro.ca. General admission is $23.50, or $21.50 for seniors and students.