“Due to the lockdown, we were closed and had a lot of time on our hands,” Cameron said. “We wanted to do something to reach out and connect to the community. I noticed a lot of rinks in peoples’ yards this year and we wanted to acknowledge and celebrate that.”

After four weeks of voting, the contest winners were announced Jan. 30.

Cameron said Modern Elevation opened in January 2020. The wellness centre specializes in floatation therapy as a therapeutic tool targeting specific conditions, as well as an innovative booster of overall physical and mental health, according to its Facebook page. The business had a rocky start due to the arrival of the COVID-19 pandemic just a few months after opening.

“It has been a challenging year to start a business,” Cameron said. “Part of this [contest] was to do something and be active in the community. It was different and novel, it was also an opportunity for people to get to know our brand.” 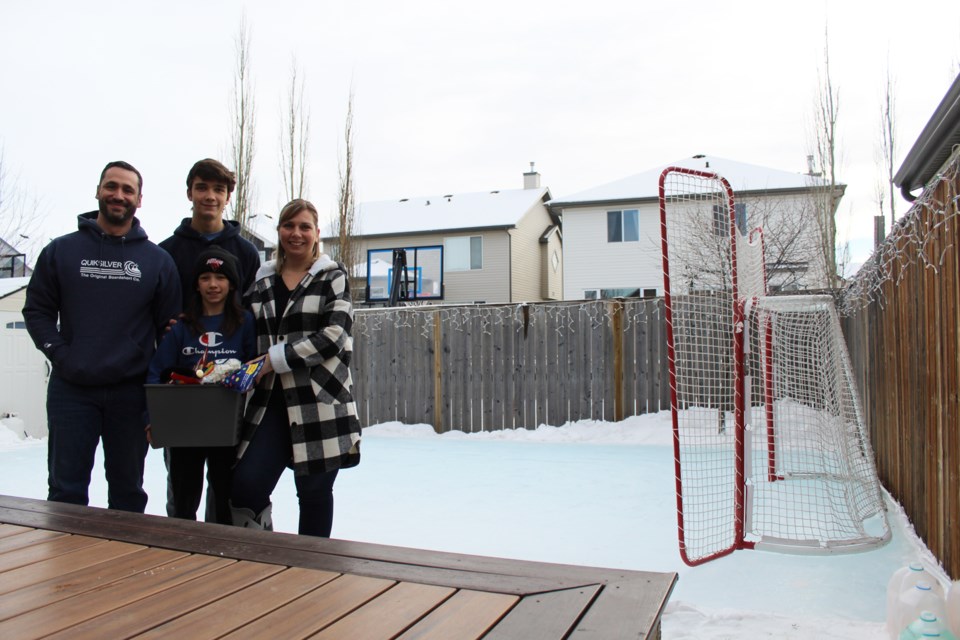 Meghen Boehmer (right) said her family managed to construct their backyard rink in Coopers Crossing in just one day. She said the amenity has been well-utilized by her two kids this winter, as their respective extracurricular events were cancelled due to the COVID-19 pandemic.

Runner-up Meghen Boehmer said all it took was an afternoon of construction and her family’s rink in their Coopers Crossing backyard was ready. The process included framing the rink and filling it, which she said took around five to six hours. She also said they were all excited to participate and hope to do it again next year.

“Our son plays hockey, which was cancelled and our oldest plays basketball, which never got started,” she said. “The rink was something to have in our backyard where they could be safe and healthy. It was nice to get involved and receive the votes we did. It was exciting.”

Bayside resident David Veal and his family teamed up with his neighbours to secure the contest’s first-place prize. The team garnered nearly 500 of the over 1,000 votes tallied. He said before he even knew there was a rink-building contest, the two households had agreed to construct a rink on the frozen canal behind their home to give their kids an activity to do during the pandemic. 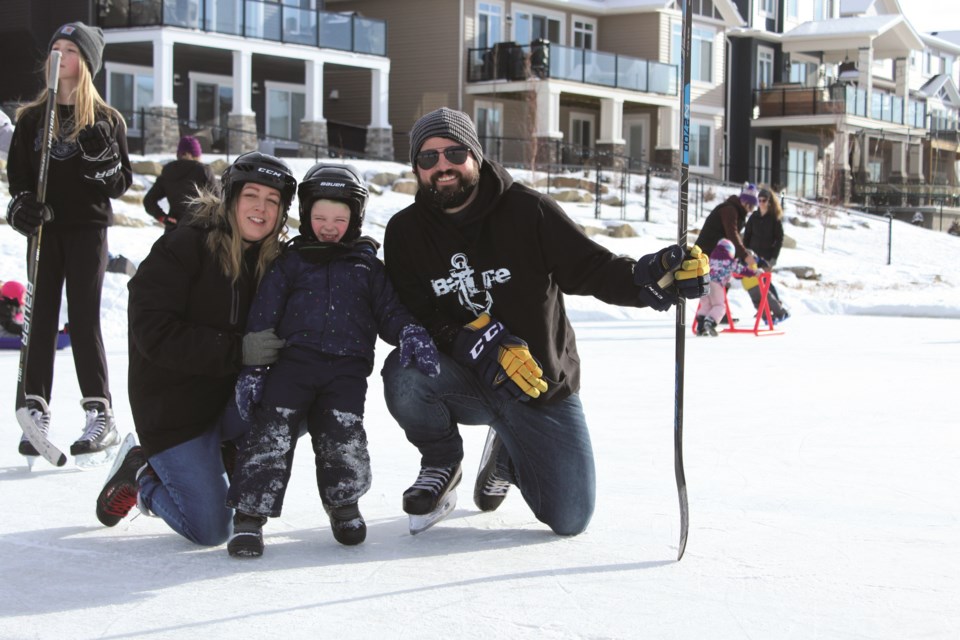 Bayside family Jeremy, Ane Marie and Logan Brown teamed up with their neighbours to secure the contest's first-place prize.

“We then saw the ad for the competition, went out and got some spray-paint to jazz up our rink and entered,” Veal said. “It was our first year doing it and I imagine we’ll do it again next year.”

Veal said the competition was an additional incentive to spruce up the backyard rink. 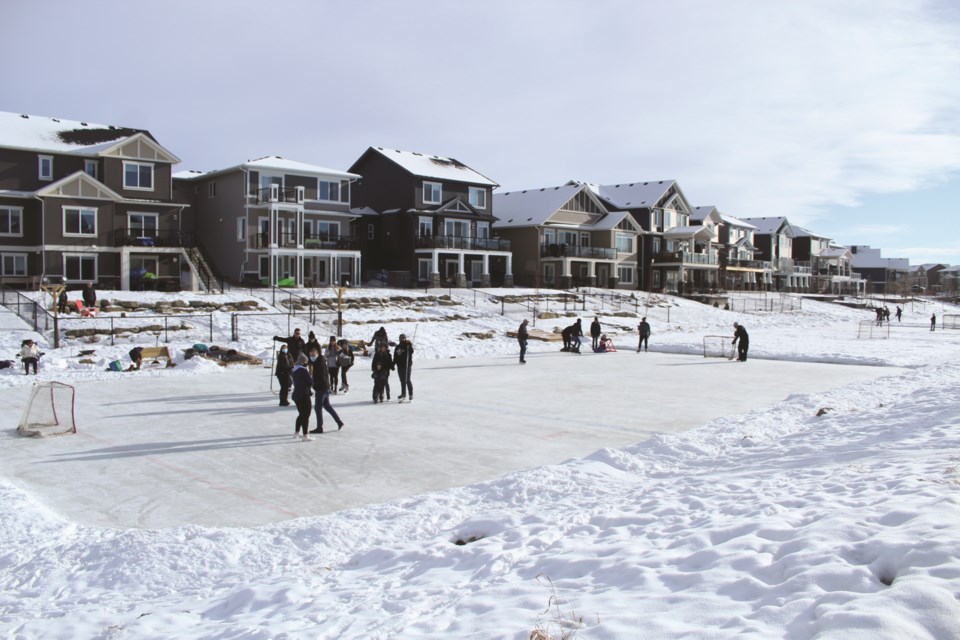 The frozen canals in Bayside are often converted into private ice skating rinks by the area families.

“I think it was good for the community,” he said. “With COVID-19 and everything going on, it was nice to put some extra effort into something else as everyone has a little extra time now. Given today’s state, mentally and physically, it’s a good release for the kids to get on the rink. I think Modern Elevation stepping up to do this is great for community spirit.”