After months of radiation and chemotherapy treatments, Airdrie resident Andrea Schmick went into her March 18 appointment feeling hopeful. Aside from what she thought was a cold, she felt fine.
Aug 13, 2020 7:00 AM By: Kate F. Mackenzie 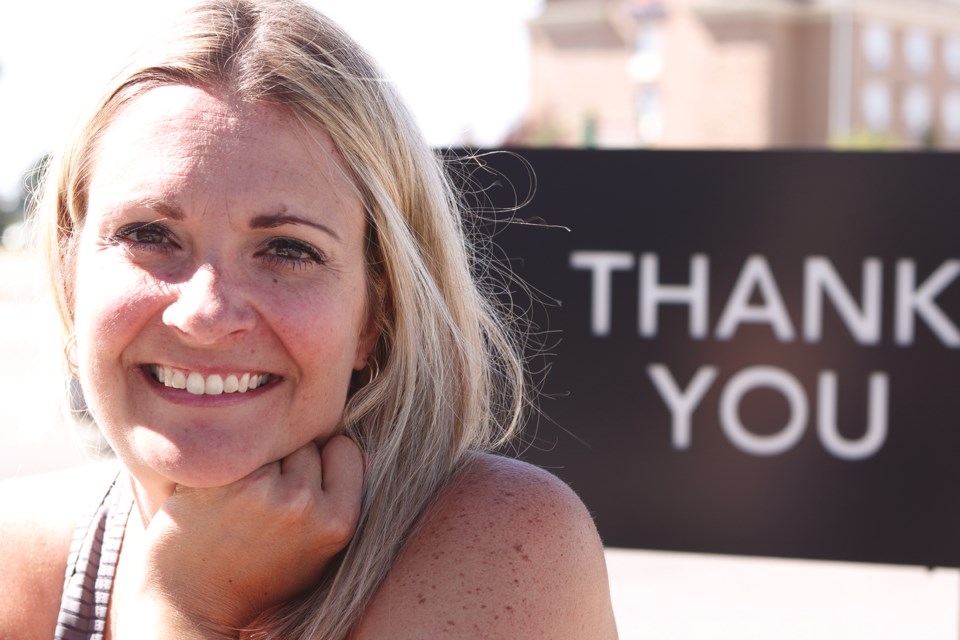 An Airdrie woman has been “overwhelmed, shocked and amazed” by the way the community has rallied to support her as she raises funds for an expensive immunotherapy treatment.

Andrea Schmick was first diagnosed with colorectal cancer Nov. 13, 2019. Following months of radiation and chemotherapy treatments, Schmick said she went into a March 18 appointment feeling hopeful. Aside from what she thought was a cold, she felt fine. The treatment had shrunk the tumour in her colon, and all that was left was a CT scan before her surgery on March 31.

“We got a call that Friday," Schmick said. "They had found spots, and the surgery was off.”

Schmick's colorectal cancer had spread to both her lungs, and she suddenly had a 50 per cent chance of surviving three more years. In July, the surgeon told her she had 25 tumours in her right lung and 15 in her left. There were too many tumours to operate.

At 38 years old and with an 11-year-old son and two young stepsons, Schmick is determined to defy this diagnosis.

"Cancer doesn't care how old you are," she said. "I'm not ready to die...I'm not taking three years as an option."

Schmick is now turning to Cancer Treatment Options and Management (CTOAM), a private company based in Vancouver, B.C. that specializes in immunotherapy for colorectal patients. Although she and her partner, Daniel Campbell, believe this is the best course of action, it's costly.

“You can't put a price on life,” she said. “It may mean selling my house and moving...whatever it takes.”

Campbell has started a GoFundMe page to raise money for the immunotherapy treatment, which is not covered by their extended health benefits or under Alberta Health Services (AHS). Since July 24, Schmick has received nearly $42,000 of the $50,000 goal.

“You just feel so happy because you don't ever think that will be the response,” she said. “When Dan and I set up the GoFundMe page, we both said we'd be surprised if we got $10,000. The fact that we raised our initial cost from Saturday to Monday blew our minds.”

Airdrie companies have also rallied around Schmick's cause. Enlighten Laser Airdrie is selling $12 tickets for a raffle, with all proceeds going to Schmick. Abe's Modern Diner has created a burger called "The Schmurger," and will donate five dollars from all sales of that burger to her cause.

“Someone in Nova Scotia saw the [Abe's] post and e-transferred them $25 because they couldn't get the burger, but they wanted to donate,” she said.

The initial cost to have her biopsies and paperwork sent off and reviewed by CTOAM was $35,000, she said. With the money raised by donations thus far, Schmick has been able to send a money order for the remainder of her initial treatment.

Although Schmick said there's a possibility AHS could cover some of the cost, there's no guarantee. She added AHS would also want proof the treatment is working before it makes a decision.

Other costs include $250 per hour of consultation with CTOAM and $950 for the liquid biopsies she'll need.

Schmick said when she was first diagnosed with cancer in 2019, the news “shattered her world.”

"You just cry because you don't know what else to do," she said. "And then you get angry. You just want to fight, and you don't want to give up."

To support Schmick, go to http://www.gofundme.com/f/andrea039s-immunotherapy-therapy