When Airdrie’s Courtney Rose entered the world of body piercing, she said she was met with obstacles based solely on the fact she wasn’t male.
0
Feb 21, 2019 12:01 AM By: Ben Sherick 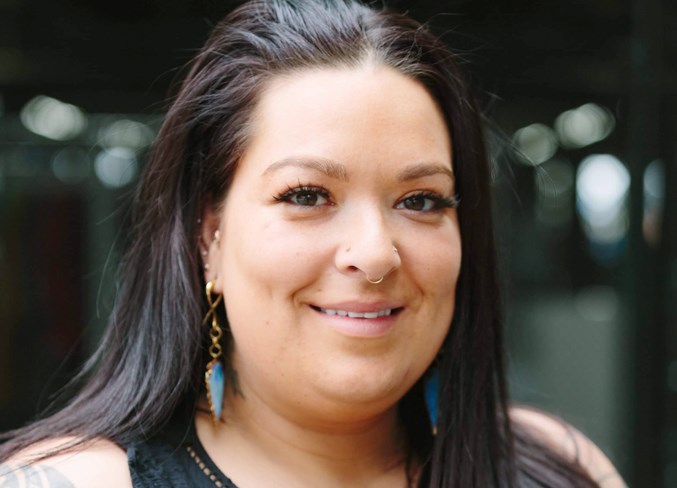 Airdrie&#8217;s Courtney Rose is an administrator for Piercer Babes, an online community for women, gender non-conforming and trans people in the piercing industry.

When Airdrie’s Courtney Rose entered the world of body piercing, she said she was met with obstacles based solely on the fact she wasn’t male. Eventually, she found a community willing to support and encourage her as the administrator of Piercer Babes – a private Facebook group for female, non-binary and trans body piercers.

“We are a group for everything from technique chat to things in our personal lives, to how to give back in our communities,” Rose said.

The group was created in August 2016, and after six months of being a member, Rose was invited to become a group administrator by a fellow piercer from Jacksonville, Fla., who she met through the Association of Professional Piercers (APP).

“At the APP conference, we were really noticing the old boys club – where the industry is really heavily dominated by males – it was really changing, and females and non-male members were really becoming the new generation of body piercers,” Rose said. “We found a big lack of support, or place even to exist, for piercers who were not male.”

The group aims to help members navigate an industry Rose said can be nearly impossible to become established in if you aren’t male. Many trade secrets are closely guarded, she said, and without support it can be challenging to find your footing.

“A lot of us are led into unsafe situations, being non-male or being of the female persuasion,” Rose said. “[Piercer Babes] is a place for people to reach out and say, ‘Hey, this is what’s happening to me.’”

Currently, the group has 1,200 members from around the globe – Australia, New Zealand, the United Kingdoms, Japan, the United States and Canada are just some of the places members call home.

The success of the group allowed Rose to attend the Facebook Communities Summit at the social network’s headquarters in Menlo Park, Ca., Feb. 6 to 8. As one of 12 Canadians at the summit, Rose had the opportunity to meet Facebook founder Mark Zuckerberg and COO Sheryl Sandberg, and learn how to be a more effective group admin.

Rose said online communities are an important means of connecting and supporting individuals in groups on the margins. To illustrate, she recalled her days as a female quarterback on Airdrie football teams. As the only girl on her team, Rose said she often felt like an outsider.

“I felt, because I was female, I was always pushed aside and looked at second and given the second round of things if I wanted to play football,” she said.

When she became a piercer, she experienced those same feelings. Online communities, she said, provided her a sense of belonging in a male-dominated industry.

“I created some of the most unbelievable friendships, job opportunities, marketing opportunities, and I’ve grown my business substantially just with the support and the growth within my group,” Rose said.

Online communities, she said, allow isolated people the benefit of forming a community where otherwise one may not exist.

“I know 1,200 other [non-male] body piercers,” Rose said. “When I started, I knew 25. I now have a huge community of people that I can reach out and talk to every single day about what I do on a daily basis, that understand [and] is there to support me.”