Ag Tour cancelled for the first time in 35 years 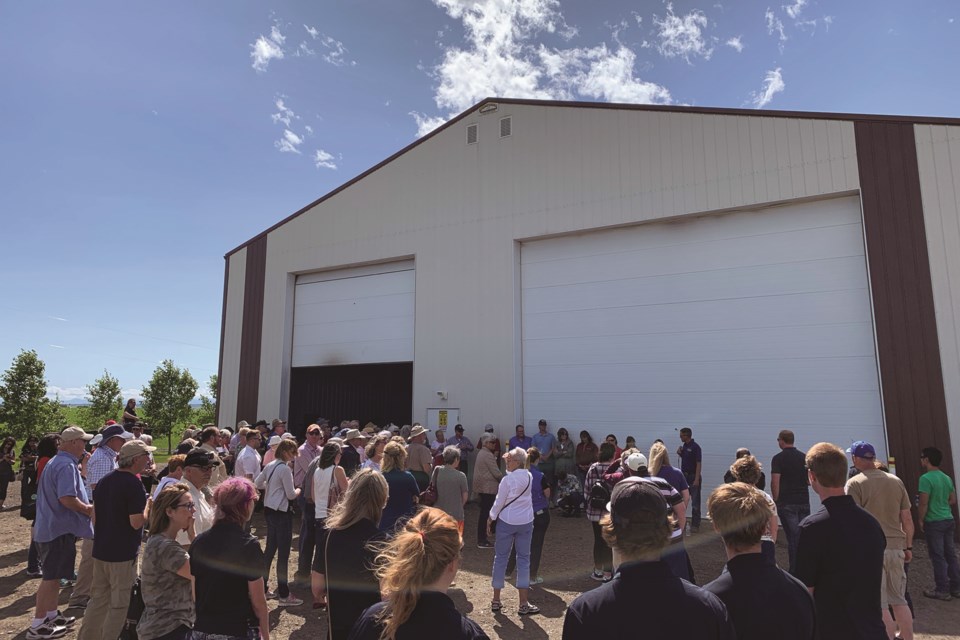 According to Jeff Fleischer, supervisor of Agricultural Services, 2020 marks the first time in the event’s 35 year history that it has been cancelled.

“We were monitoring all provincial restrictions and advice, and the final decision came in early May,” he said. “We evaluated several different scenarios but in the end, we didn't want to jeopardize anyone's safety or experience on the tour, and public health and safety was our top priority.”

In January, Fleischer said, the County began planning for the tour, which normally takes place in July. RVC was about 80 per cent finished organizing when they decided to cancel.

Every year, the tour focuses on farms and agricultural businesses in a certain area of the county – this year, southeast RVC was to be the focus. The tour typically showcases four to five local producers and sees more than 100 attendees from RVC as well as Crossfield, Airdrie and Calgary, Fleischer said.

"It's a wide range of attendees," he said. "It brings in people who have farmed all their lives, as well as people where it's their first time being on a farm."

The tour's goal is to showcase local producers, educate the agricultural community and promote agricultural businesses within the county, he said.

“RVC is home to numerous farms that grow a wide variety of foods,” Fleischer said. “The Agriculture Tour gives us an opportunity to highlight and support those local farmers.”

Cancelling the tour may mean the agriculture community misses out on new knowledge and the chance to learn from peers, but Fleischer said they are a resilient group. Although the impacts of cancelling are difficult to measure, he did not think it would have a significant impact on local agricultural operations.

However, small businesses featured during the tour may feel the effects, he added.

"Any little bit of publicity or marketing helps [small businesses]," he said. "Hopefully, they get returning customers going forward."

Not holding the tour also means the RVC Master Farm Family award – which annually recognizes a ranch or farm family for agricultural-related achievements – will not be handed out this year.

“We felt it wouldn’t be fair to the recipients of the award, as the ceremony at the Agriculture Tour is intended to be a special occasion,” Fleischer said. “We don’t feel like they would be properly recognized if [the award were] handed out in another manner.”

Although no alternative event is planned for this year, Fleischer said his team plans to make next year's tour "that much bigger and better."

In the meantime, anyone interested in learning about agriculture in the county can visit rockyview.ca/Agriculture or sign up for a monthly newsletter, he said.