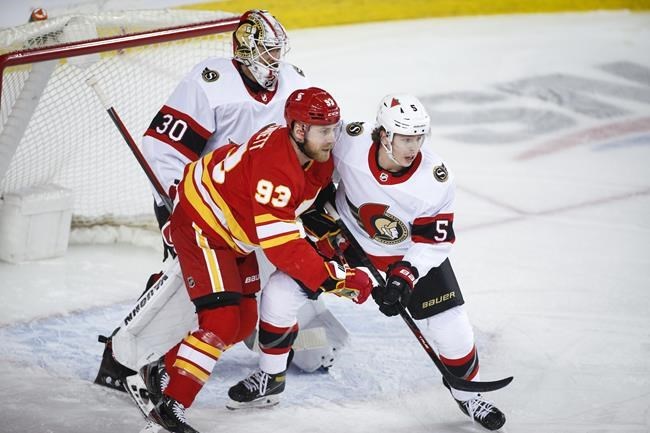 OTTAWA — The Ottawa Senators have dealt defenceman Mike Reilly to the Boston Bruins ahead of Monday's NHL trade deadline.

The 27-year-old Chicago native has 19 assists and 18 penalty minutes in 40 games for Ottawa this season and is set to become an unrestricted free agent this summer.

Drafted 98th overall by the Columbus Blue Jackets in 2011, Reilly has 72 points (eight goals, 64 assists) in 244 NHL games with the Sens, Montreal Canadiens and Minnesota Wild.

He joins a Bruins (21-12-6) team that has struggled defensively this year. Boston was handed a 8-1 loss by the Washington Capitals on Sunday.

Coburn, 36, has two assists and 10 penalty minutes in 16 games for the Senators this season.

This report by The Canadian Press was first published April 11, 2021.