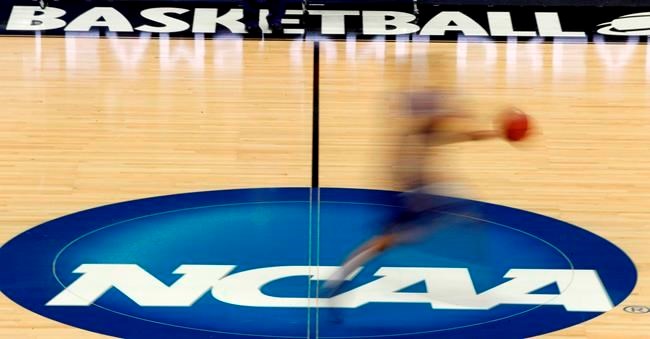 A proposal to require a graduate transfer to count against a team's scholarship total for two years in football and basketball has been rejected by the NCAA.

The Division I Council on Friday voted down a proposal that could have tapped the brakes on the de facto free agency created by a rule originally intended to give athletes more freedom to pursue graduate degrees.

NCAA rules require football and basketball players to sit out a season after transferring, but those who complete a degree are permitted to transfer and play immediately. The proposed change would have locked schools into a two-year scholarship commitment regardless of how much eligibility a grad transfer had remaining.

An exception would have been made if the athlete completed degree requirements before the second season.

"I don't think people were ready to take that step ... but trying to figure out how that graduate space works will be a continued discussion," said South Dakota State athletic director Justin Sell, who led the council's transfer working group.

Part of the pushback on the grad transfer rule on athletes who don't finish those degrees while taking up roster spots that could go to others. Still, coaches have generally been supportive of giving graduate transfers the freedom that comes with immediate eligibility. While the proposal would not have affected that, it could have made schools more cautious about bringing in grad transfers and limited opportunities for players.

Stanford football coach David Shaw said he was uncomfortable with the idea of essentially sanctioning schools for bringing in grad transfers, but suggested another way to avoid athletes having to enter a graduate level program that they are not likely to finish.

"The conversation that we may start having is to say, if you're a grad transfer and can you go transfer to someplace else and continue an undergraduate focus? As opposed to it having to be a graduate focus," Shaw said. "You don't have the farce of saying, 'Yeah, I'm a grad student.' But not really.

The council did pass a new rule that will go into effect this fall semester, allowing athletes who have enrolled in summer school and are on scholarship to transfer and be immediately eligible at a new school if there is a head coaching chance before the first day of fall classes. The rule is aimed at what would generally be thought of as coaching moves, often made due to scandal.

Previously, athletes in that situation would have needed a waiver from the NCAA to avoid sitting out a season.

"It's a fairly narrow exception, but it's to help students who have a really late (coaching) change in the summer," Sell said.

The council also voted to allow walk-on athletes to transfer and be immediately eligible at a new school.