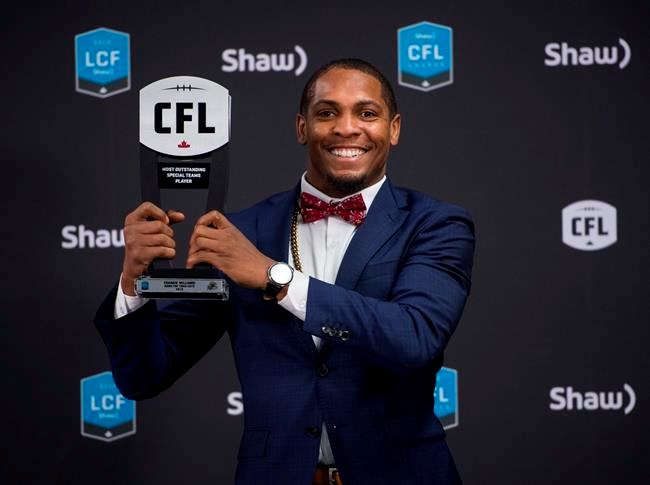 The five-foot-nine, 190-pound defensive back received the honour at the CFL's awards banquet in voting conducted by the Football Reporters of Canada and nine league head coaches.

Mike Miller of the Winnipeg Blue Bombers was the award finalist. The native of Riverview, N.B., had 25 special-teams tackles, a league-record seven coming in a 29-14 win over Ottawa on July 5.