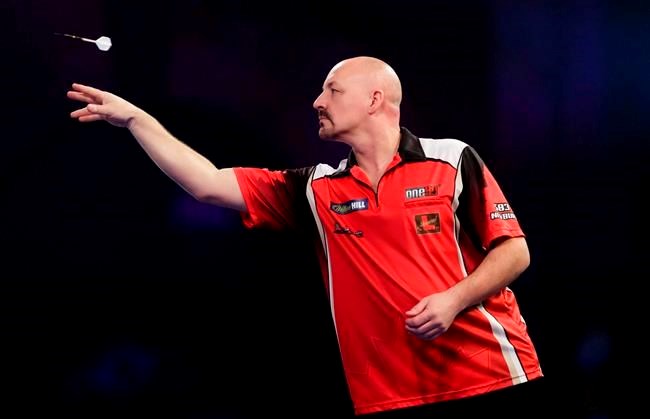 TORONTO — Dawson Murschell and Jim Long will represent Canada at the BetVictor World Cup of Darts.

The ninth edition of the tournament will see 32 countries compete June 6-9 at the Barclaycard Arena in Hamburg, Germany, with 350,000 pounds (C$611,105) in prize money on offer.

Long, a 50-year-old GM worker from London, Ont., made it to the second round of the William Hill World Darts Championship in December.

Murschell is a 23-year-old from Medicine Hat, Alta., who moved to Britain to pursue his darts career. He made a splash in July 2017 when he survived six match darts to upset James Wade, then ranked sixth in the world, in the first round of the US Darts Masters.

Murschell played with former world champion John (Darth Maple) Part at last year's World Cup when Canada made it to the second round before losing to Japan.

"True honour to be representing my country again!" Murschell tweeted.

The reigning champion Dutch are looking for a fifth title, as is top-seeded England.

Scotland is seeded second, ahead of Wales, the Netherlands, Australia, Northern Ireland, Belgium and Austria.

The tournament draw will be held Thursday.