Canada-Afghanistan under-19 cricket match rained out in South Africa 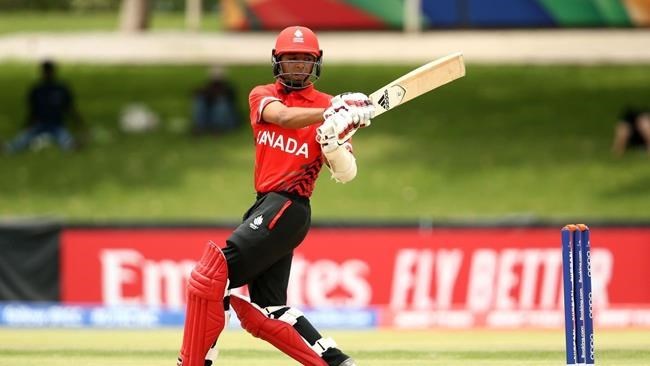 POTCHEFSTROOM, South Africa — Canada's match against Afghanistan at the ICC U-19 Cricket World Cup was abandoned Friday without a ball played because of rain.

The Canadian men, who previously lost to the United Arab Emirates and South Africa, finished bottom of the four-team Group D. They fall into consolation play, taking part in the Plate quarterfinal next Tuesday against Scotland or Zimbabwe.

Unbeaten Afghanistan advances to the Super League quarterfinal against Pakistan on Jan. 31.

In other action Friday, India beat New Zealand by 45 runs in a rain-shortened match. The Pakistan-Bangladesh match was also abandoned due to rain

Mihir Patel, with 106 runs from two innings, was Canada's leading scorer in the preliminary round. Akhil Kumar led Canadian bowlers with four wickets for 100 runs from 12 overs.

This report by The Canadian Press was first published Jan. 24, 2020.