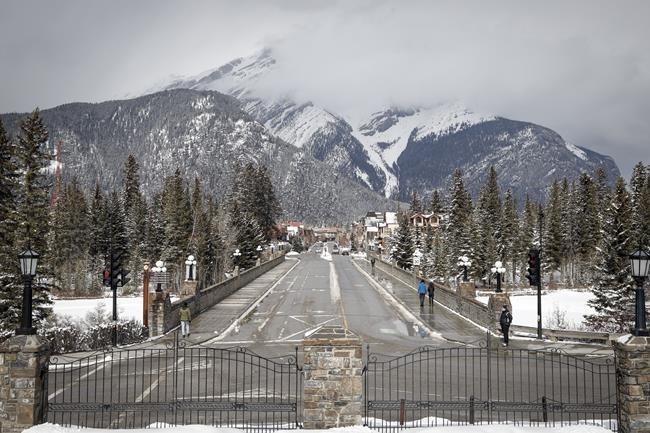 More than half of Canada's national parks — including Banff in Alberta, Pacific Rim in British Columbia and Cape Breton Highlands in Nova Scotia — are to reopen next week.

Minister of Environment Jonathan Wilkinson says 29 of the 48 national parks will reopen for day use on June 1, and there will be access to washrooms.

"It's an opportunity for folks, particularly those who live reasonably close to national parks, to be able to get out in nature in a manner that can allow physical distancing," he told The Canadian Press.

All national parks, historic sites and marine conservation areas have been closed since the end of March to slow the spread of COVID-19.

Wilkinson said parks such as Banff, Jasper and Waterton in Alberta will open day-use areas, trails and roads to visitors.

In Banff, the town and many of its businesses have been preparing for a June 1 reopening.

"This has been devastating for our town that relies solely on tourism as our economy," said Mayor Karen Sorensen, adding it was difficult to ask visitors to stay away. "We wanted to make sure we had protocols in place to make it safe not only for our community, but also for our visitors."

Banff is the country's busiest national park, with about four million visitors annually.

Other national parks reopening June 1 include Riding Mountain in Manitoba and Grasslands in Saskatchewan.

Wilkinson said some parks, including many in Northern Canada, will remain closed to reduce travel to areas sensitive to the spread of COVID-19.

"There's also some of the parks that are co-managed with First Nations, like Haida Gwaii, where the First Nation has asked that the park not be reopened," he said.

Camping, he said, won't be allowed in national parks until at least June 21.

"Camping is going to be something that a lot of Canadians are going to look at, given that travelling outside the country is going to be particularly challenging," said Wilkinson.

Many provincial governments have reopened camping for June 1, but are only allowing their own residents to reserve spots to prevent non-essential travel.

Wilkinson said Parks Canada will have protocols in place, but the agency doesn't plan to put in restrictions by province.

"We are a national agency that belongs to all people who live in this country," he said. "We will be telling people that they need to be paying attention to the travel guidance of their respective province or territory."

Some governments have restricted travel in and out, while others have asked people not to travel to their jurisdictions.

Wilkinson said there could be restrictions on a park-by-park basis.

"In some cases, we'll be opening more things because we think it's set up in a way that can accommodate physical distancing," he said. "In others, where there are some ... trails that are extremely busy, we may not open those because we can't allow for safe usage."

In Banff National Park, for example, traffic attendants will monitor parking lot capacity at the busy shoreline of Lake Louise.

Several trails, including the famous West Coast Trail, in the Pacific Rim National Park Reserve remain closed until further notice — and most of the park will wait until June 4 to reopen.

All Cabot Trail lookouts in Cape Breton Highlands National Park will be open on June 1.

Wilkinson said he realizes Canadians have been through a lot in recent months.

"Many have stuck very, very close to home," he said. "One of the key things for us is trying to give Canadians opportunities to get out, as summer comes, to enjoy nature.

"It's part of what Canada is for most Canadians."

This report by The Canadian Press was first published on May 27, 2020

Reactions to the minority Liberal government's speech from the throne
Sep 23, 2020 5:42 PM