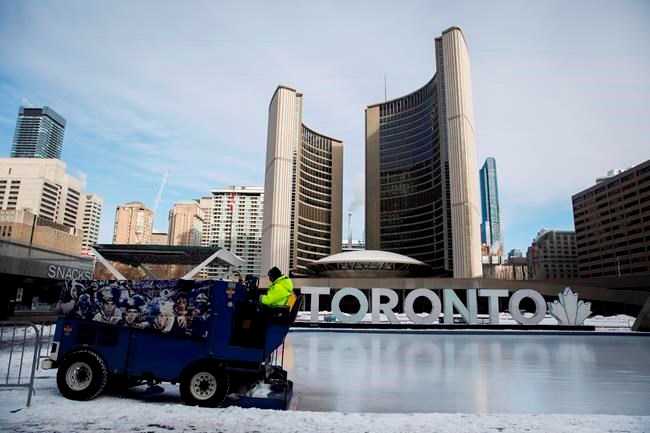 TORONTO — Canada's highest court agreed on Thursday to hear Toronto's challenge to a unilateral decision by Ontario Premier Doug Ford that slashed the size of city council midway through the last municipal election.

The legislation nearly two years ago cut the number of council seats to 25 from 47 and sparked widespread anger from critics who denounced it as undemocratic and a vindictive measure from Ford, a failed mayoral candidate and one-term councillor under his late brother, former mayor Rob Ford.

"Ontario's position in the Supreme Court of Canada will be that the decision of the Court of Appeal for Ontario should be upheld," Jenessa Crognali, a spokeswoman for Attorney General Doug Downey, said in a statement. "As this matter is before the court, it would be inappropriate to comment further."

Through a spokesman, Toronto Mayor John Tory thanked the court for taking on the case.

"There are serious legal issues to be addressed in this matter and the mayor is gratified the court recognized that," Don Peat said.

It's unclear when the case might be argued. The top court has, in line with most other public services, sharply curtailed its activities in light of the COVID-19 pandemic. Peat said he expected the hearing would only happen "well after this emergency is over."

At the time of the legislation, the then-rookie premier defended his action as a necessary streamlining that would save $25 million,.

The city initial won a victory when a Superior Court justice found the law unconstitutional. Justice Edward Belobaba ruled the legislation infringed on the free-expression rights of candidates by affecting their ability to campaign. He also said it ran afoul of voters' rights by stopping them from casting a ballot that could result in effective representation.

The legislation, Belobaba said in his ruling, "undermined an otherwise fair and equitable election process" and the Ford government had "clearly crossed the line" into undemocratic territory.

With Ford threatening to invoke the charter's notwithstanding clause, the province won a stay of the ruling and the election proceeded under the new legislation while it appealed.

The act is a "meaningful, proportionate measure to address the dysfunction caused by having too many councillors — ungoverned by party discipline," the province said in its arguments to the Court of Appeal. "A smaller council can operate more effectively as a deliberative body, with a lower burden on city staff."

For its part, the city wanted Ontario's top court to let the 2018 election results stand until the next vote in 2022 but strike down the legislation — known as the Better Local Government Act — as unconstitutional. Among other arguments, it said the legislation violated unwritten constitutional principles of democracy.

"A province does not have the power (under the Constitution) to enact legislation that makes the election of a democratically elected municipal government undemocratic," the city argued.

In its 3-2 decision last year, the Ontario Court of Appeal overturned Belobaba's ruling, saying the sudden legislation did not interfere with either candidates' or voters' ability to express themselves freely.

The right to free expression, Justice Bradley Miller wrote for the majority five-judge panel, did not amount to a right to effective or successful expression. Two judges dissented, however, saying they would have struck the law down. The legislation, they said, did indeed interfere with the free-expression rights of candidates.

This report by The Canadian Press was first published March 26, 2020.

Pandemic has shunted aside an array of Liberal initiatives, at least for now
Apr 4, 2020 4:10 AM