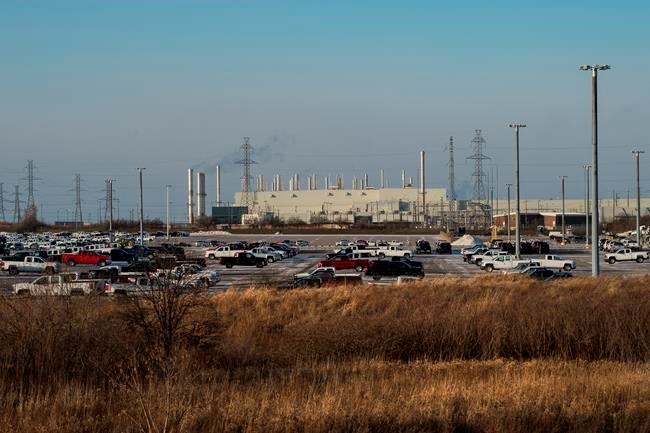 Even after the wind-down of the assembly line in Oshawa last year, the Canadian branch of GM continued push for Oshawa internally during discussions to expand the truck business, Bell said in an interview.

“The unique thing that's happened in the industry that we didn't know a couple years ago is that the industry is has continued to grow, even through COVID-19. ... Trucks are representing more of the industry this year than they ever have,” said Bell.

“Our company needed more truck capacity and we could see that writing on the wall a year ago. … seeing the opportunity, we took it and ran with it.”

GM union workers approved a deal earlier this month that included $1 billion to $1.3 billion investment in Oshawa with the expected hiring of 1,400 to 1,700 hourly workers.

When the deal was announced, Unifor national president Jerry Dias said he never gave up hope that he could convince GM to revive the plant east of Toronto that last December was downsized to 300 workers, down from 2,600.

While Unifor’s recent deal with Ford Motor included millions from the federal and provincial governments, Bell said GM was still in discussions with the Ontario government. Government help could allow GM to start hiring faster, Bell said, although he noted that the construction now underway in Oshawa is already one of the fastest plant transformations in GM history.

“We've had great conversations at the highest levels of our company with the federal government, and we also just had a conversation yesterday with Premier (Doug) Ford and his team,” Bell said.

“We want to try to find ways to be a little bit more innovative and go even faster.”

The investments in Canada come as auto workers have struggled to keep local production afloat amid competition from the Southern U.S. and Mexico. Unifor previously estimated that between 1999 and 2017, Canada dropped to the No. 10 auto manufacturing country in the world, down from No. 4 in 1999.

Bell said that the number of universities and start-ups in the Greater Toronto Area means GM will continue to recruit heavily as it moves toward electric and self-driving cars and trucks. Apart from the deal with Unifor, the company recently announced it is hiring 3,000 tech workers across several locations in North America, including some in Ontario. Bell said that Canada is the second-largest hub for GM engineering staff in the company.

“You need some of the best engineers in the world, and Toronto and  the GTA area certainly is a hotspot for that,” said Bell. “You got to go where the where the talent is, and certainly Ontario has its unfair share of talent.”

A report Thursday from TD Economics said that the U.S. and Canada have lagged in adopting electric vehicles, amid a lack of government subsides, lack of charging infrastructure, and limited model selection. But TD senior economist Thomas Feltmate wrote that electric vehicle technology could help erase the price difference between electric and internal combustion cars and trucks as soon as 2022. Electric vehicle sales have also been a bright spot in the COVID-19 slowdown, Feltmate’s note to clients said.

“History has shown that Canadian’s decision to purchase an EV remains heavily dependent on the available government subsidies,” wrote Feltmate, adding: “The combined investments (by automakers) on both sides of the border will go a long way in improving not only North America’s competitiveness with producing electric vehicles but also the components.”

Bell said that the U.S. presidential election has some potential to bring harmonization of policies across North America, a positive sign for GM’s push for greener electric vehicles. On Thursday, GM CEO Mary Barra said the company will be launching 30 electric vehicles around the world by 2025, of which more than 20 will be available in North America. The vehicles will also go farther between charges.

GM’s announcement with Unifor did not focus on electric vehicles – unlike Fiat Chrysler and Ford – but Bell says that Canadian suppliers are part of GM’s plan.

“From the North American perspective, that’s an influx of dollars into the Canadian economy based on our commitment,” Bell said.

“We're going to work hard to get to get the general public out there driving electric vehicles here.”

This report by The Canadian Press was first published Nov. 19, 2020.